Yes, this photo of Mattis modeling a leather jacket is very real 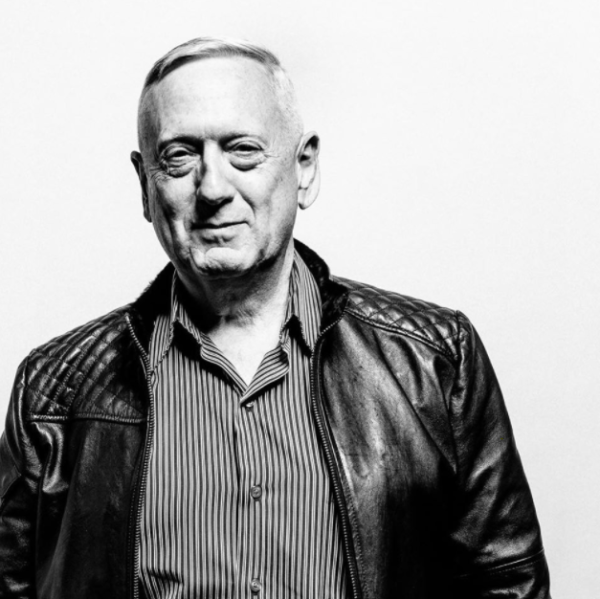 Someone get Tyra Banks on the phone ASAP — we’ve found America’s next top model, and he’s bringing knife hands to a runway near you.

An old photo that made the rounds online on Tuesday showed none other than former Defense Secretary Jim Mattis modeling a black leather jacket.

If you’re like me, your immediate reaction upon seeing the advertisement was, “This has to be photoshopped.” Never in my wildest dreams would I imagine that Mattis — the famously-blunt Marine general — would model clothing in a photo shoot.

But I am here today to tell you that this photo is very, very real.

The advertisement is for Kill Kapture, a clothing line started by Australian veteran Mark Wales, who served with the Australian Army’s Special Air Services Regiment in Afghanistan.

It shows the legendary Marine general clad in a sharp leather jacket with the tagline “Tough Luxury” printed alongside him. The luxury factor is no joke; according to the Kill Kapture website, the jacket has a “kangaroo leather exterior,” with a feature that allows you to track the jacket on your cellphone if you lose it.

The ad isn’t new — photos were posted of Mattis on the Kill Kapture Facebook in 2018. And they were taken years before that; a person familiar confirmed to Task & Purpose that the shoot took place after Mattis’ retirement from the Marine Corps, and long before his tenure as Secretary of Defense.

Wales drew inspiration for the Kangaroo-skin jackets from SASR uniforms, with “a touch of Terminator and a bit of Jason Bourne,” according to a 2017 article from the Australian Broadcasting Corporation (ABC).

As Business Insider reports, Wales and Mattis first met in 2015 while Wales was studying at the Wharton School of the University of Pennsylvania and Mattis was invited to come speak to a group of veterans at the business college.

Wales told ABC that Mattis’ advice was that in order to help the security of the country, “go out and start good businesses to make the economy stronger.”

Later that year, Wales was in New York City, doing a photo shoot that exclusively used military veterans as models. That fact is advertised on the Kill Kapture website: “All models are combat veterans.”

Wales asked Mattis if he wanted to join, per Business Insider, and the retired general accepted. When Wales later asked Mattis if he could use the photos taken of him, Mattis agreed: “Yeah, you can use it for whatever you want. You can put it on a billboard in Russia if you want.”

In 2017, while Mattis was Secretary of Defense, Wales told ABC he wondered if Mattis “might one day don the jacket, with aviators, in a war zone.”

It’s unclear if that ever happened — but after Mattis’ resignation in 2018, Wales told Business Insider, he got a complimentary jacket in the mail.