I feel the need for speed. 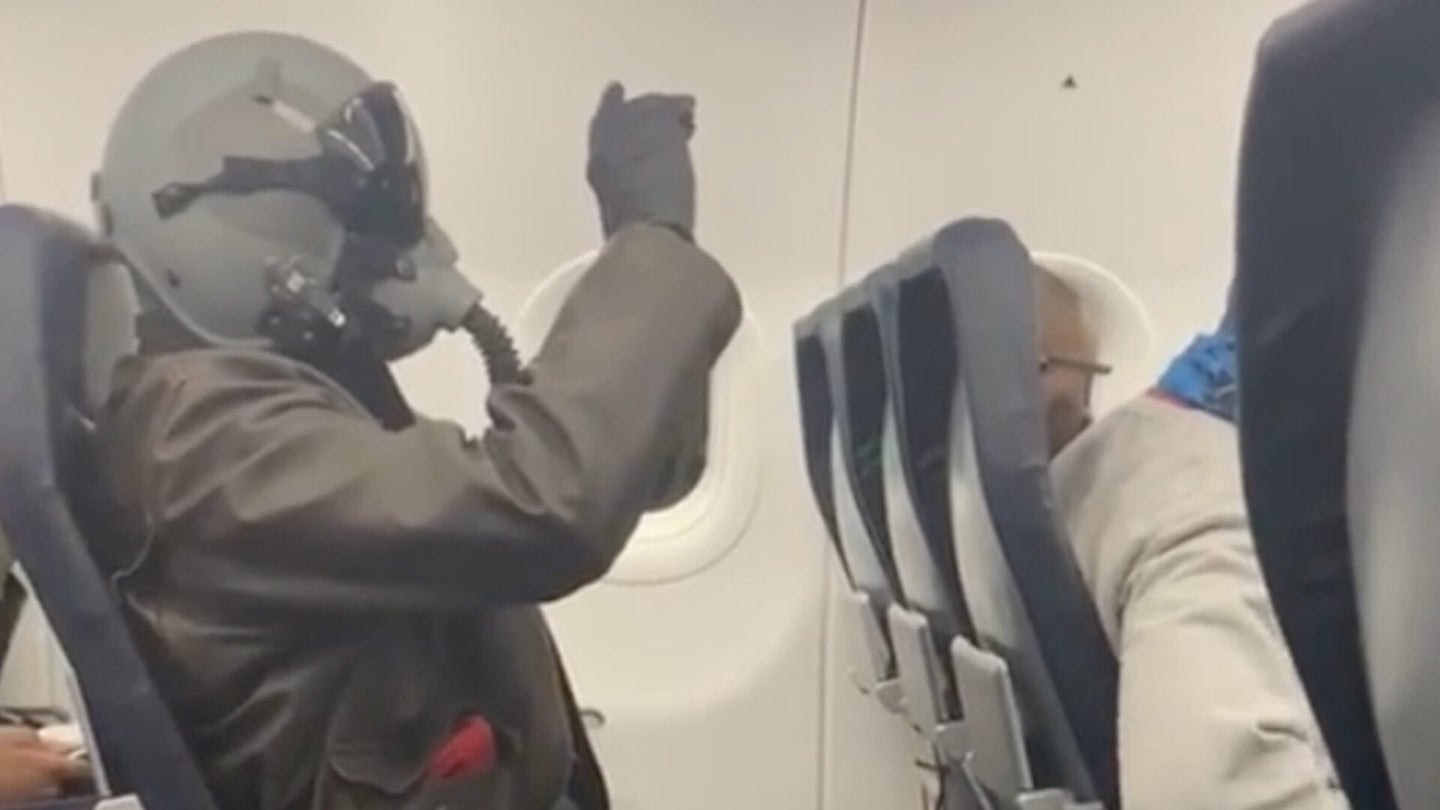 Traveling on a commercial flight is not the most pleasant experience. Between a cramped cabin, tiny bathrooms, and ridiculous pre-flight safety lectures, there’s plenty to complain about. Not to mention the deadly novel coronavirus (Covid-19) pandemic that has led airlines to mandate the wear of masks for the duration of flights, even if you’re the man who purportedly killed Osama bin Laden.

As the Centers for Disease Control recommends, all people over the age of 2 should wear a mask while in public to stop the spread of the virus, especially when social distancing measures are difficult to maintain. Most people around the world opt for medical-grade masks or something a little more stylish. And then there’s this guy casually checking out his phone and taking this whole mask thing to the next level:

The video was originally posted on TikTok in late November and shows someone dressed up in a full flight suit sitting in coach, and you have to admire the dedication. From top to bottom, he or she is wearing a flight helmet, oxygen mask, what appears to be an aviator jacket, flight suit, and black boots. And the background music of Kenny Loggins ‘Highway to the Danger Zone’ is a nice touch.

Though it’s unclear when this happened or on what flight, the aircraft interior looks quite similar to Spirit Airlines, which did not respond to Task & Purpose’s request for comment.

While I personally think this stunt was genius and rather hilarious — perhaps a common opinion, given that the video has been viewed more than 600,000 times on TikTok alone — it’s important to note that flight suits, like pretty much everything, are controversial. In 2013, an Air Force captain wrote an op-ed for Air Force Times asserting that flight suits were a status symbol that “command[ed] respect” before his base commander brought him back down to earth by calling the letter “inappropriate” and outlawing flight suits for airmen not scheduled for flight duties. And lest we forget President George W. Bush in a flight suit on the deck of the USS Abraham Lincoln before delivering his infamous ‘Mission Accomplished’ speech.

And is this really the safest way to avoid Covid-19 on an airplane? It’s hard to say, though a study in October found that flying these days is less risky than you might think.

“All you commenting how safe he is,” one person jokingly wrote of the video, “that mask is only rated for up to COVID-17.”

At any rate, since this masked unsung hero of the skies is yet-to-be-identified, we’ll just assume it’s Maverick from Top Gun, forced to fly commercial ever since his F-14 Tomcat was decommissioned.