The Army has been fielding its next-generation night vision goggles to soldiers for just over a year, and recently-released footage provides a look at the advanced new systems' remarkable capabilities 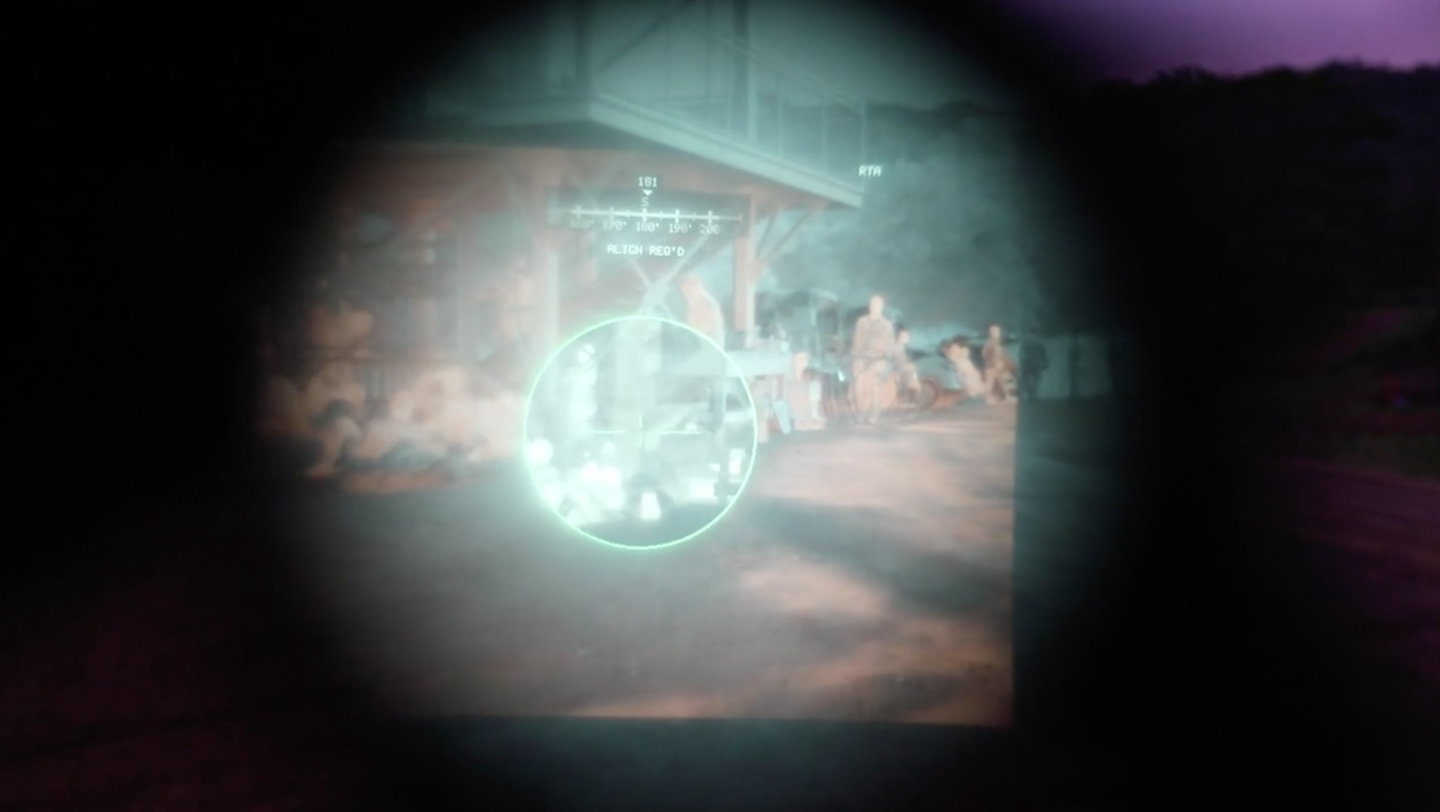 The Army has been fielding its next-generation night vision goggles to soldiers for just over a year, and recently-released footage provides a look at the new system’s remarkable capabilities.

Soldiers assigned to the 3rd Infantry Brigade Combat Team, 25th Infantry Division recently conducted training with the Enhanced Night Vision Googles-Binoculars (ENVG-B) and Family of Weapons Sights-Individual (FWS-I) at the Army’s Schofield Barracks in Hawaii in early November, according to a video published to the Defense Visual Information Distribution Service.

Towards the end of the training footage posted to DVIDS, the Army provides a brief look at what the view through the ENVG-B and FWS-I actually looks like — which, as our colleagues at The War Zone astutely put it, looks like something out of a first-person shooter video game:

The new ENVG-Bs and FWS-I are designed to fuse standard night vision with thermal scanning during daytime and nighttime operations, according to the Army, allowing close combat forces the ability to “observe and maneuver in all weather conditions, through obscurants, during limited visibility, and under all lighting conditions.”

In addition, the FWS-I optic — usually mounted on the M4 carbine or M249 Squad Automatic Weapon — wirelessly transmits a signal to the ENVG-B, allowing soldiers to rapidly detect and engage targets from any carry position, effectively letting them target enemies from around corners or behind cover.

The footage reveals that the ENVG-Bs have left behind the emerald green tint of standard night vision goggles in favor of a reddish or gray coloration, an indication that the system is combining the input from a white phosphor image intensifier with a specialized thermal sensor for better visibility.

But as The War Zone points out, the footage also captures the seamless integration of a feed from the FWS-I into the ENVG-B’s field of vision, adding in the view of the battlefield from the perspective of the rifle optic and allowing even more enhanced situational awareness for soldiers.

In practice, this means that a soldier can use the helmet-mounted ENVG-B and weapon-mounted FWS-I to see in two directions at once. In an operational environment, that might mean that a soldier on patrol during a security halt could scan his flank while still maintaining vision downrange, where his rifle is pointed.

While the picture-in-picture combination of ENVG-B and FWS-I feeds is fascinating in its own right, it’s just the beginning: According to ENVG-B manufacturer L3Harris, the goggles are capable of generating any manner of data or imagery on the display, a miniature heads-up display in line with what the Army is working to achieve with its much-hyped Integrated Visual Augmentation System (IVAS).

“Any info that can make it to a tactical radio, as long as that’s in Nett Warrior, can be populated into the picture-in-picture mode in the video,” L3 Harris’s Integrated Vision Solutions Sector president Lynn Bollengier recently said at the Association of the U.S. Army’s annual conference.

The Army plans on purchasing as many as 108,251 ENVG-Bs to issue to infantry and other close-combat units in the coming years, according to Military.com.

Related: ‘We own the night’: The rise and fall of the US military’s night-vision dominance