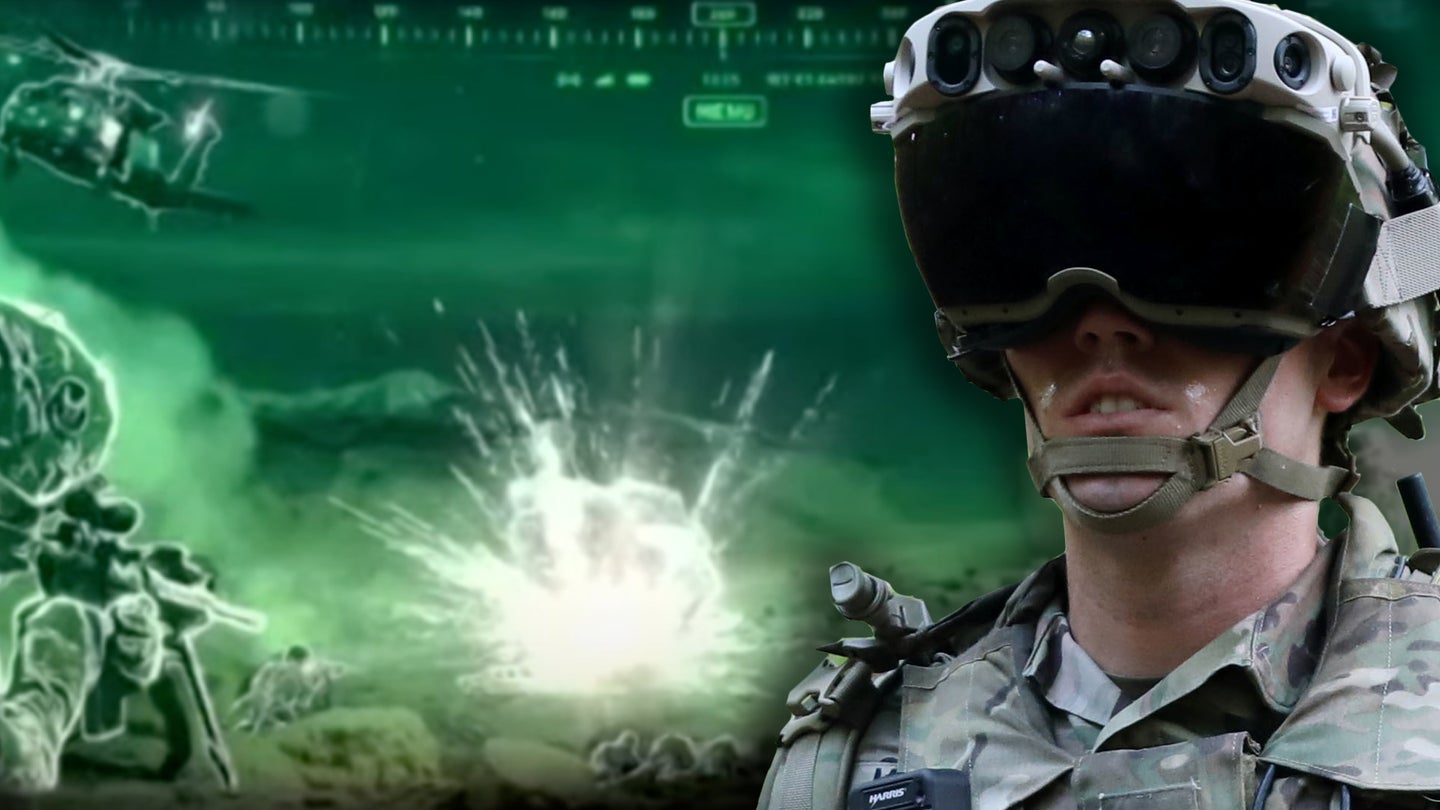 The Army’s next-generation goggles, the Integrated Visual Augmentation System (IVAS), sounds like something out of science fiction: Soldiers can outline friendlies and enemies, navigate the battlefield easily thanks to a compass and a mini-map, drop objective markers and pings, all while also doubling as night vision goggles.

Based on Microsoft’s HoloLens technology, U.S. troops have been testing the futuristic heads-up display since 2019, but only now are we getting a look at what soldiers will see when they look through the goggles.

Through a series of slides at a presentation in December, IVAS technical director Jason Regnier detailed some of the latest updates to the program, the fielding of which has been delayed for more than a year.

The IVAS uses augmented reality, a technology that overlays digital information onto the screen soldiers are looking through while wearing the goggles. That information includes training and on-the-spot language translations; high-resolution night and thermal sensors; facial recognition software; and the ability to see what a location or objective looks like before they get there. It even gives soldiers the ability to see outside of a vehicle before they exit, providing greater awareness of what they’re walking into.

The slides from Regnier’s presentation detailed specifics of the IVAS’ capabilities and suggested plans for use in combat and training.

Soldiers can toggle through the functions of the IVAS using a chest-mounted control pad, or “puck.” Regnier said that while the process was still going through its teething phase, soldiers testing out the goggles had planned entire missions within the IVAS system. The headset also boasts a range of features that seem to be focused on the needs and concerns of the folks who will actually be using them. For example: the goggles are far less likely to get fogged up than other wearable optics, and they can function in full sunlight as well at night.

Thus far, in terms of combat functionality, soldiers testing the IVAS have worked their way up through Battle Drill 6 – entering and clearing buildings.

Developers are also planning on releasing a development kit, meaning soldiers using the IVAS system can create apps to further augment its capabilities.

As Regnier detailed, the IVAS provides a 70-degree field of view, which is nearly twice that of current night vision and thermal devices, over which ranges, routes, and phase lines can be displayed. Soldiers can also share 3-D maps displayable to an entire unit. The IVAS functions very similar to the heads-up display (HUD) commonly found in first-person shooter games like “Halo,” “Call of Duty,” or “Battlefield” where players can see a minimap, a compass on the top of the screen, objective markers, and the positions of friendlies, as well as enemies.

“You never have to stop to do a map check or anything like that because, with just the push of a button, you have an arrow that’s in the bottom of your screen and you walk the arrow to your point, so there’s no accidentally drifting left or right,” said Sgt. 1st Class Brian Hayman — a platoon sergeant in 3rd Battalion, 75th Ranger Regiment who was among those testing out the IVAS — in a recent Army release.

To prevent fogging up, the goggles are treated with a commercial anti-fog coating that had withstood “95 degree, 100 percent humidity” conditions during testing last summer. The goggles have also passed Chemical, Biological, Radiological and Nuclear (CBRN) integration during testing at Fort Bragg, where soldiers were still able to use the IVAS while wearing gas masks and wearing their protective equipment.

The IVAS also connects to thermal devices mounted on weapons, essentially allowing a soldier to point their rifle around a corner and see the view from the thermal device in the IVAS.

However, for all the new capabilities the goggles offer, there have been setbacks. Since development of the IVAS began in 2018, the project has seen a series of delays. The system was initially supposed to be fielded in 2021; however, in October of that year, PEO Soldier confirmed that the project would be delayed in order to give the development team time to “enhance the IVAS technology platform.”

The system hasn’t just proven a headache for Army officials, but also for the soldiers wearing it — literally. The Pentagon’s chief weapons tester recently reported that soldiers experienced a range of physical ailments from headaches and nausea to neck strain while training with the IVAS.

Still, the IVAS is set to undergo further testing in May of this year, and will be fielded by units by the end of September.