On Monday, congressional Republicans finally released their plan to remake the Affordable Care Act, colloquially known as Obamacare. Repealing and... 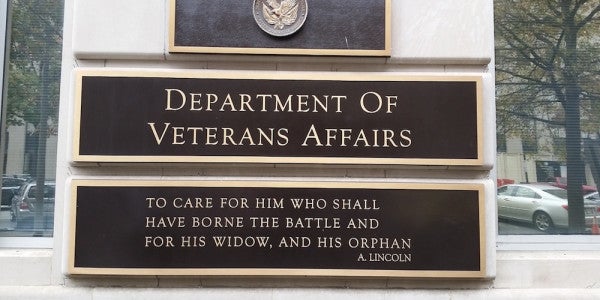 On Monday, congressional Republicans finally released their plan to remake the Affordable Care Act, colloquially known as Obamacare. Repealing and replacing the landmark legislation, which extended health coverage to more than 20 million Americans after it was signed into law by President Barack Obama seven years ago this month, has been a campaign promise of Republican candidates for years and helped catapult Donald Trump to the presidency in November. You can read the full text here, although I have no idea why you’d want to.

Obamacare has been a boon to veterans. As of 2014, there were some 1.2 millions vets in the U.S. who lacked health coverage, and only 8.9 million out of the country’s 22 million vets enrolled in VA health benefits. A 2016 Urban Institute report found that the uninsured rate for nonelderly veterans fell by a whopping 42% between 2013 and 2015 alone, declining from 11.9% to 8.5% to 6.8%, according to data from the National Health Interview Survey. Here are five of the biggest Obamacare-repeal takeaways for vets:

Related: Trump’s VA Pick Is The First Non-Veteran For The Role »

1. Vets will pay the price of uncertainty.

According to research by the Rand Corp., nearly 3 million veterans get their health insurance from sources other than the VA, like the Obamacare “marketplaces” adopted by various states. Those veterans will be vulnerable to changes in the market, like the sudden withdrawal of major insurer Humana in February. Companies, like the people who work for them, hate uncertainty; if the rollout of the Obamacare replacement authored by GOP lawmakers resembles the chaos that followed Trump’s first travel ban, it’s likely other marketplaces will experience flight by insurers — a flight that could leave thousands of vets in the lurch and create additional strain on the already-beleaguered VA as veterans leave state marketplaces.

Initial drafts of the GOP replacement called for an end to Obamacare’s Medicaid expansion, which extended health benefits to Americans with extremely limited resources (read: the poor). But the replacement bill released Monday will prolong the expansion through January 2020, which means states have a few extra years to opt in. That’s a good sign: A 2016 study found that almost 600,000 veterans could go without health insurance in 2017 if 19 states don’t get their shit together. From NBC News:

Even with Medicaid expansion, hundreds of thousands of vets are going to go without a way to pay for medical care … but 327,000 of those who will go without health insurance live in the 19 states — all with Republican governors — that have not expanded Medicaid, the researchers said. It finds more than 120,000 of these fall into the so-called “Medicaid gap” — they are not poor enough to qualify for Medicaid, but they make too much money to qualify for federal subsidies to buy health insurance on the Obamacare exchanges.

But come 2020, millions of Americans living in poverty may find themselves without health care options. That includes 1.4 million veterans currently living in poverty, according to a 2015 VA report — and that number is only going to increase.

3. Two of Obamacare’s most popular measures are safe, in theory.

The Affordable Care Act was lauded for preventing health insurance providers from rejecting applicants with pre-existing chronic health conditions. Liberal critics worried that Republicans would do away with the measure, but it’s apparently here to stay — though it’s unclear how the costs of health care for these at-risk groups will be managed.

The replacement bill would also allow adults up to age 26 to remain on their parent’s health insurance, another popular Obamacare feature. For veterans discharged before that age, it’s an extra few years to get your shit together nailing down coverage through the VA or an employer.

Obamacare provided Americans with financial resources to purchase coverage through subsidies. The GOP replacement shifts financial aid to tax breaks. Here are the details, per Vox:

The Republican plans would be based mostly on age and a bit on income. Everyone who earns less than $75,000 (or $150,000 for a couple filing jointly) would get the same amount of help. Those above the income threshold would have the help slowly phased out in 10 percent increments.

This new plan is excellent for the young and relatively healthy, which means it will likely be an added benefit for recent veterans who weren’t discharged due to injury or illness (although the tax credits may end up being lower than the subsidies offered by the Obamacare). But it’s not great for the elderly: As Vox notes, insurers “would be allowed to charge the oldest Americans five times as much as the youngest Americans. Their financial help would not scale nearly as much as their premiums would.”

This is especially problematic for elderly veterans: While only 8.5% of vets between the ages of 35 and 54 live below the poverty line, a whopping 33.8% do so with a disability that requires frequent medical care.

5. Vets aren’t mentioned explicitly in the legislation at all — and that’s a good thing.

This is more of a symbolic than a substantive observation, but it should be taken as a relatively reassuring one. Despite the scope and scale of Washington’s ongoing rumble over American health care, one thing remains consistent: the Department of Veterans Affairs remains relatively sacrosanct … For now.