An Army human resources worker was fired in January for wasting time and money on the job. But when he... 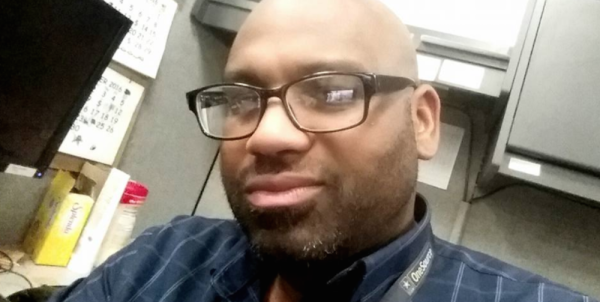 An Army human resources worker was fired in January for wasting time and money on the job. But when he was set to appear before court regarding unemployment benefits, but didn’t show up for the hearing. On July 24, the administrative judge subsequently denied his appeal.

Todd Thomas was fired for “loafing” on the job, namely in the form of spending an incalculable number of hours posting to Facebook about the status of his beard growth.

Thomas was working as a civilian human resources assistant for the Army in Davenport, Iowa. He often posted to Facebook about hating his job, according to Army personnel records, but was fired primarily over errors in his work and for wasting time on the job. According to records obtained by the Des Moines Register, Thomas lied on his resume, made errors on dozens of personnel files, and spent hours using his personal cell phone while at work.

Nicole Wegener, his superior, told Thomas she couldn’t calculate “the liability misconduct has posed for the Department of the Army,” according to the Des Moines Register.

Many of the updates in 2016 centered on having “a case of the Mondays” or the progress he was making on growing his face forest, the Des Moines Register reported.

Specifically, Thomas posted “Hump Day Selfie! I’m not waiting for November to sprout the beard! It’s going to get colder soon and the beard is coming in nicely! Let’s be safe out there and let’s make it do what it do!!” on his Facebook in October 2016 — just one of many beard updates.

As a result, Thomas’ work at the department suffered, leading the Army to terminate him.

“It appears your loafing during duty hours is impacting your performance,” Wegener evidently told him before he was fired.

Task & Purpose reached out to Thomas, who declined to comment.