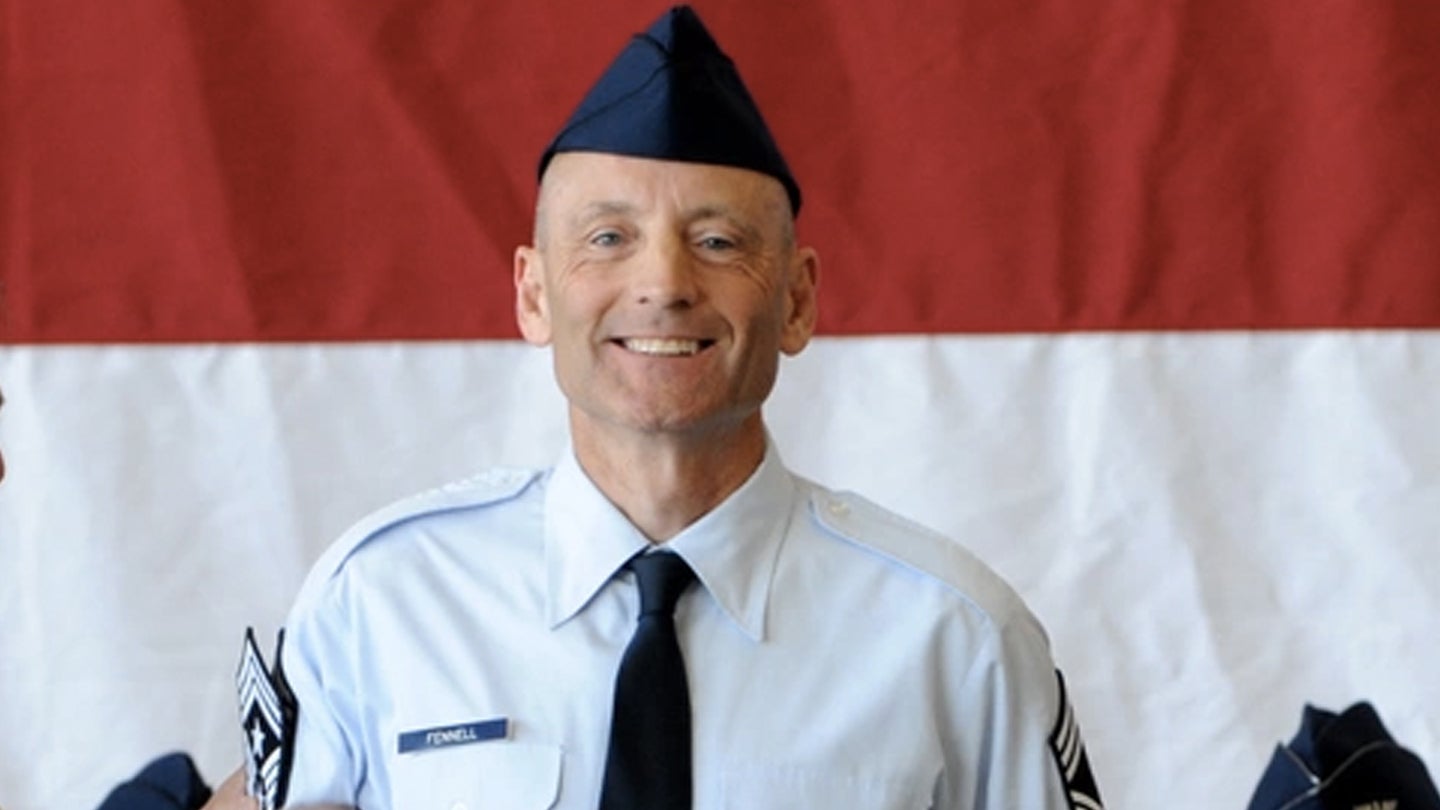 One of the highest-ranked enlisted members of Iowa’s Air National Guard was arrested early Thursday morning on charges of driving under the influence and leaving the scene of an accident, according to Polk County, Iowa Jail records.

Command Chief Master Sgt. Thomas ’T.J.’ Fennell is the senior enlisted airman in the Iowa Air National Guard. As a chief master sergeant, he is also in the senior most enlisted Air Force rank which, by law, can only constitute 1.25% of the enlisted Air Force. Local news channel KCCI reported that Fennell registered a .282 blood alcohol reading on a preliminary breath test, though breathalyzers are often unreliable due to improper calibration, maintenance, and use, according to a 2019 New York Times investigation. In most states, the legally-defined level of alcohol is .08.

The news channel also reported that Fennell’s alleged driving under the influence resulted in damaged property at Camp Dodge, an Iowa National Guard facility near Des Moines, the state capital.

The 57-year-old Fennell has a long history in the Iowa Air National Guard. The South Dakota native first joined the guard as a munition systems specialist in July 1988, when the Iowa Air Guard still flew fighter jets. He rose steadily through the ranks and through different positions at the Iowa Air Guard, even when it switched from fighters to aerial refueling tankers in 2003. Fennell deployed in support of Operations Enduring Freedom and Iraqi Freedom, and he served as a quality assurance inspector, personnel and retention specialist, and human resource advisor before promoting to chief master sergeant, the highest enlisted rank in the Air Force, in June, 2015, according to a service record provided by the Iowa National Guard.

“If we are to continue our tradition of excellence, we must remain ready and prepared for any unexpected challenges we might face in an uncertain tomorrow,” Fennell said when he rose to his current position in 2019. “This will require the development of a motivated, highly trained, fit, agile, and educated enlisted force.”

Fennell also served his community out of uniform. According to a 2017 press release, the airman worked as a juvenile court liaison with Sioux City schools; coached track and cross country at East High in Sioux City; and helped create the Junior ROTC program at Sioux City schools. In 2017, he expressed his commitment to mentoring others.

“We must find humility and motivation to mentor, develop, and create pathways for our successors,” he said to his fellow senior enlisted airmen.