One does not simply hassle CMSAF JoAnne S. Bass 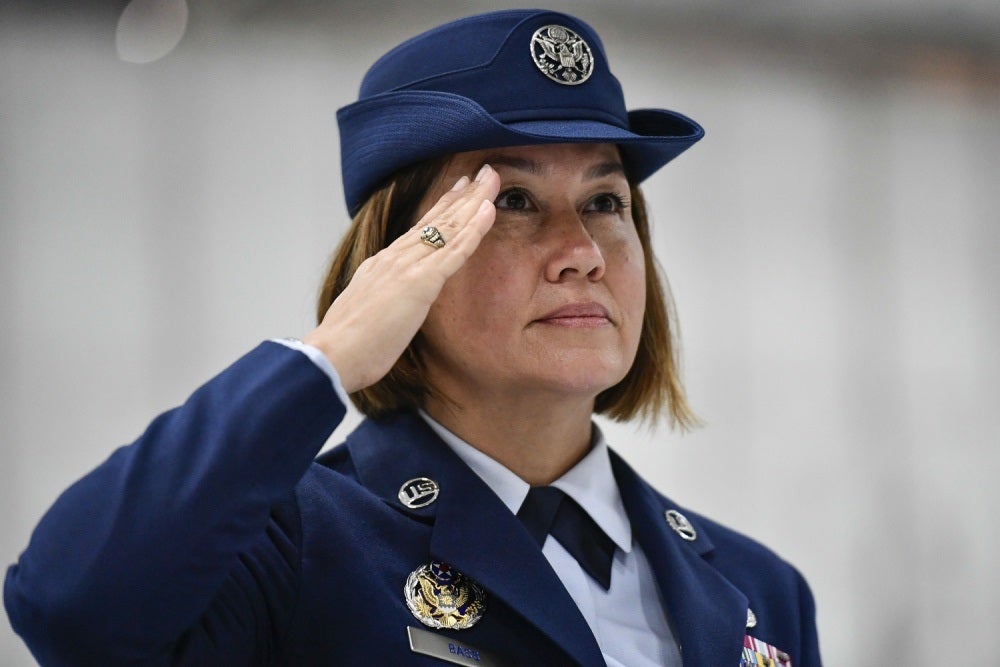 Like the bronzed god David Hasselhoff, one does not simply hassle Chief Master Sergeant of the Air Force JoAnne S. Bass, at least not without having one’s career threatened.

But that’s exactly what happened on Facebook on Saturday, when the Air Force’s top enlisted leader wrecked an airman who asked in a comment whether her last name was pronounced like the species of fish or the musical instrument.

“SSgt Banks — hmmm seems like you and a few of your friends enjoy trolling our Air Force sites,” Bass wrote in response to the comment asking “is it bass or bass.”

“Give me a call Monday,” the top enlisted airman continued. “I’d like to chat about it. Maybe I’m missing something.”

Later, Bass explained that she enjoys a good joke, but not disrespect.

“I absolutely have sense of humor … love to have fun and laugh,” she said. “But disrespect, trolling … doesn’t go over well with me. My team has SSgt Bank’s info … as well as his crew. I’m sure there’s a solid explanation. Right?!?”

To be fair, CMSAF Bass must get the “bass” question a lot, especially since taking over as top enlisted airman in August. As someone whose last name is routinely misspelled as “Rosa” not “Roza,” I understand the annoyance.

Who knows, maybe SSgt Banks was indeed being a troll, and maybe Bass was just trolling right back with her threat about having the airman’s information. It’s hard to say for sure, because the comments have since been taken down from Bass’ Facebook page.

But the internet never forgets, and it never forgives. A screenshot of the interaction was posted on the popular Facebook page Air Force amn/nco/snco, where Bass was excoriated for supposedly not being able to take a joke.

Related: This airman will become the first female senior enlisted leader for a military branch

However there was confusion over whether the airman’s comment was a joke or an honest question. It also wasn’t clear what trolling Bass was referring to when she said Banks and a few friends “enjoy trolling our Air Force sites.”

Those uncertainties only added to the hellbroth of Facebook comments:

“Am I missing something, or was the CMSAF’s first act on social to track down a poor SSgt … and totally roast him in front of the world for asking a simple, not disrespectful or even funny, question?” wrote one commenter.

“‘Setting an example’ by publicly humiliating your airman may be the most toxic leadership tactic I have ever seen,” said another.

But there were also plenty of commenters who defended Bass’ response.

“How did she humiliate this airman?” said one. “She said she had his information and wanted to chat. If that is humiliating to a male just imagine the crap that is said to women.”

“She didn’t humiliate him, she called his BS the vetflakes and trolls just can’t handle it,” said another.

And just like that, Bass’ original post, about her televisit with airmen at the Combined Joint Special Operations Air Component, Afghanistan, became a swirling cyclone of accusations of sexism, toxic leadership, triggering, and other no good, very bad things.

Joke or not, overreaction or not, one lesson seems clear to me: stay off Facebook, friends. Only bad things happen on Facebook.

Oh, and the correct pronunciation of Bass is with a short ‘a’ sound, as in the type of fish.