'She will be greatly missed. We at the 624th Regional Support Group extend our sincere condolences to the family, friends and coworkers of Officer Enriquez during this difficult and heartbreaking time.' 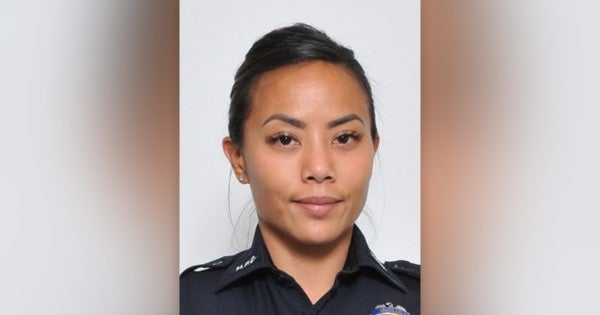 One of two police officers recently killed in the line of duty in Honolulu was an Air Force veteran who had been assigned to a reserve unit in Hawaii, Air Force officials confirmed.

Tiffany Enriquez was in the Air Force Reserve from August 2011 until December 2018, during which she served as an operations management journeyman with the 624th Civil Engineering Squadron at Joint Base Pearl Harbor, Hawaii, Air Force officials told Task & Purpose. She was a staff sergeant by the time she joined the Individual Ready Reserve.

“As an airman, Staff Sgt. Tiffany Enriquez was a leader and a role model,” said Senior Master Sgt. Cris Ildefonso, 624th Civil Engineer Squadron superintendent for Operations Management. “She took initiative by constantly volunteering in the unit, and motivated our airmen as a physical training leader. She always expressed her love for wearing the uniform, both militarily and as a police officer. Her family was her top priority. She had a profound impact on all of us. She will be missed, but not forgotten.”

On Jan. 19, Enriquez and fellow officer Kaulike Kalama were shot and killed by a man who is also accused of killing his landlord and stabbing a woman. Officials believe the suspected gunman was inside his home when it caught on fire, spreading to several other buildings.

Enriquez had worked for the Honolulu Police Department for seven years. She is survived by her former husband and her three daughters.

“This is a devastating loss for our members and the community,” Col. Athanasia Shinas, 624th Regional Support Group commander, told Task & Purpose. “Several of our airmen work as firefighters, law enforcement officers, and in other first responder and public service roles in their civilian capacities. She will be greatly missed. We at the 624th Regional Support Group extend our sincere condolences to the family, friends and coworkers of Officer Enriquez during this difficult and heartbreaking time.”

Whitney Lawson told Hawaii News Now that she befriended Enriquez when the two attended Air Force Basic Military Training. The two went on to serve together for the next two years.

“She was one of those people who caught you off guard with how strong she was,” Lawson told the news outlet. “She outdid a lot a lot of guys physically. She was amazing because she was also a boss mom.”