Why Are Rifle Sales Plummeting In California? 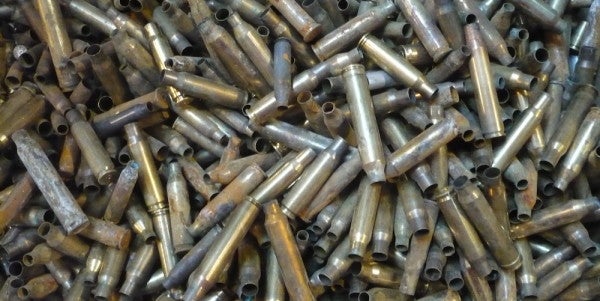 California firearms dealers submitted 54% fewer government applications for long guns this year compared to last year, suggesting that rifle sales are in freefall in the state in the aftermath of sweeping new gun control laws.

Gun dealers submitted 21,721 applications to the FBI’s National Instant Criminal Background Check System in July 2017 compared to a whopping 48,000 submissions processed during the same month last year. On the surface, this seems like a victory for Governor Jerry Brown's SB 880 gun control legislation which, drafted in response to the December 2015, San Bernardino mass shooting.

SB 880 saw the introduction of a ban on new rifles with California’s infamous bullet buttons and so-called 'assault weapon' features like pistol grips and removable magazines. Under the new restrictions, the state now forces unregistered AR-15s to use a fixed magazine system that requires owners to dismantle their rifle to remove the magazine. But AR-15s just aren’t designed to work that way.

While this initially seems like a victory for Brown, it’s worth noting that the initial unveiling of the new restrictions kicked off a major spike in rifle sales, a massive spike that put the state at the top of rifle background checks for several months. California recently extended the registration period, and gun owners that have rifles with features like bullet buttons now have until July 2018 to register their weapons.

In the meantime, companies like Inc and Mean Arms have introduced workaround systems to mitigate the limits of the California’s new restrictions. These include stripper clip systems like the MA Loader, which means that in theory, you can own a ‘featureless’ California AR-15 and still have some semblance of functionality.

The news of slowing rifle sales in California comes amid a small but important victory for gun advocates that saw the wording of gun control bill SB 497 changed at the last second. The legislation, originally intended to deal with law enforcement officers storing firearms in unattended vehicles, as significantly amended at the committee stage to remove language that would have extended California's one handgun purchase per month rule to all firearms. What that means for future rifle sales remains to be seen.