He faces a maximum sentence of life in prison if convicted. 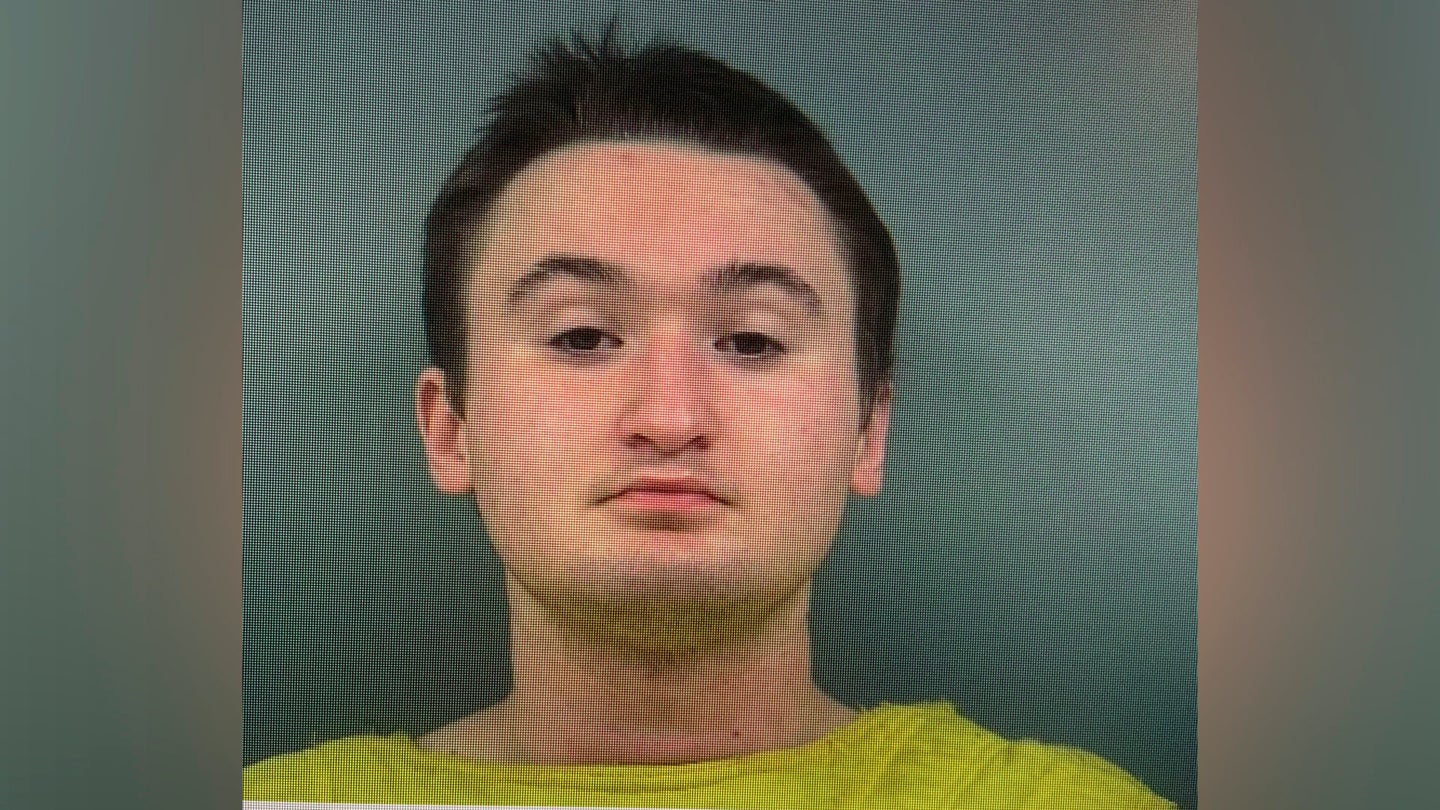 Federal prosecutors say a self-identified “involuntarily celibate” man allegedly tried to join the Army in an effort to plan a mass shooting of women at an Ohio university but he washed out of the service after four months.

Tres Genco, 21, is charged with attempting to commit a hate crime and illegally possessing a machine gun, a Justice Department news release says.  From July 2019 until March 2020, Genco allegedly posted frequently on a website popular with “incels,” a movement of men who preach violence towards women out of sexual frustration, prosecutors claim.

When Genco was arrested, sheriff’s deputies found a Palmetto State Armory PA-15 5.56 x 45mm rifle with a Slide Fire bump stock — which simulates fully automatic fire on a semi-automatic weapon — in the trunk of his car along with several loaded magazines and four boxes of ammunition, according to an affidavit in support of a criminal complaint against Genco. They also found a Glock handgun chambered in 9mm Luger vwith no manufacturer’s marks or serial number in a heating vent inside his home.

The Bureau of Alcohol, Tobacco, Firearms and Explosives later determined that both the rifle and pistol functioned as machine guns although neither were registered to Genco as such under the National Firearms Registration, the court document says.

After searching Genco’s home, sheriff’s deputies also found a note that he allegedly wrote, in which he indicated he planned to kill up to 3,000 people after completing basic training.

“Tres Genco enlisted in the U.S. Army on June 12, 2019, as an 11X infantryman,” said Kelli Bland, a spokeswoman for U.S. Army Recruiting Command. “He met all the qualifications for enlisted with no waivers required. He shipped to training at Fort Benning on Aug. 20, 2019.” It was unclear why and how Genco left the Army.

Extremists have long joined the military in an attempt to get the training they need to wage a war against society. Task & Purpose has compiled a list of 40 current or former service members with ties to extremist groups. That list is far from comprehensive.

In 2020, 22-year-old Pvt. Ethan Melzer was charged with attempted murder of U.S. service members and related offenses for allegedly plotting with the Order of Nine Angles (O9A), a Neo-Nazi Satanic group, to attack his own unit. The Defense Department acknowledged in a report to Congress that same year that the military is facing a threat from domestic extremists, particularly white supremacists.

“Some domestic extremist/terror groups (a) actively attempt to recruit military personnel into their group or cause, (b) encourage their members to join the military, or (c) join, themselves, for the purpose of acquiring combat and tactical experience,” the June 2020 report concluded. “Military members are highly prized by these groups as they bring legitimacy to their causes and enhance their ability to carry out attacks.”

The report also found that extremists are able to avoid being discovered during the military’s process of vetting potential recruits by using encrypted communications or aliases on social media.

The National Consortium for the Study of Terrorism and Responses to Terrorism found that at least 354 people with a military background have committed crimes in support of extremism since 1990. That includes 82 people facing charges in connection with the Jan. 6 Capitol Hill riot.

The military is aware that incels can pose a security threat. Airmen at Joint Base Andrews, Maryland, received a briefing in 2019 about the “increase in nationwide activity” by incels shortly after Brian Isaack Clyde, who had served in the Army for two years, opened fire in front of a federal office building in Dallas, Texas.

Clyde had previously posted a meme that compared how an incel and a “virgin” would carry out a mass shooting, according to The Dallas Morning News.

At least 50 people in the United States and Canada have been killed in incel attacks, according to the Lawfare blog.

‘If you’re reading this, I’ve done something horrible’

In the indictment against Genco, prosecutors allege that he had been preparing to commit violence against women long before he became an Army recruit.

From July 2019 to March 2020, Genco allegedly maintained profiles on a website that is popular with incels, prosecutors claim. In one post, Genco allegedly referenced Elliot Rodger, an incel who once sprayed college students with orange juice from a water gun and then later killed six people and wounded another 14 in a shooting outside of a sorority house at the University of California, Santa Barbara, prosecutors argue.

“I put some orange juice in a water gun, I was planning to spray some foids [women] and couples like ER [Elliot Rodger] did, when I finally did do it, it was ER’s birthday and I didn’t even know that,” prosecutors claim that Genco wrote on an incel website.

Between January and August of 2019, Genco allegedly purchased weapons including a rifle and Bowie knife as well as a hoodie with the word “Revenge” written on it and a skull facemask, prosecutors said.

Prosecutors also claim that Genco wrote a note, sometime between July and August 2019, that included the following: “Will get arms training in BCT, [Basic Combat Training] Georgia” and “KC [kill count] needs to be huge! 3,000?”

The date of Genco’s planned attack was May 23, 2020 – the sixth anniversary of Elliot Rodger’s shooting, the indictment says.

Before shipping out for basic training, Genco allegedly wrote “A Hideous symphony manifesto,” in which he described himself as a “socially exiled Incel” and threatened to commit mass murder, according to prosecutors.

“I am already set to go into the U.S. Army … this training will be for the attainment of one reality, the death of what I have been deprived most, but also cherish and fantasize at the opportunity of having but has been neglected of; Women,” prosecutors allege Genco wrote. “I will slaughter out of hatred, jealousy, and revenge … I will take away the power of life that they withhold from me, by showing there is more than just happiness and fulfillment, there is all encompassing death, the great equalizer that will bear all of us into its seductively calm velvet of silence and serenity.”

In January 2020, Genco allegedly wrote a document that contained the sentence, “If you’re reading this, I’ve done something horrible,” the indictment says.

He allegedly began conducting surveillance at a university in Ohio and made internet searches for the phrases “planning a shooting crime” and “when does preparing for a crime become an attempt” before he was arrested in March 2020, where police found weapons and ammunition, prosecutors argue.

Court records indicate that Genco will be represented by a federal public defender or a Criminal Justice Act panel attorney.