The Army is running a classified mission with black helicopters over Washington, D.C.

First, America had to grapple with the 'storm Area 51' raid. Now black helicopters are hovering ominously over Washington, D.C. 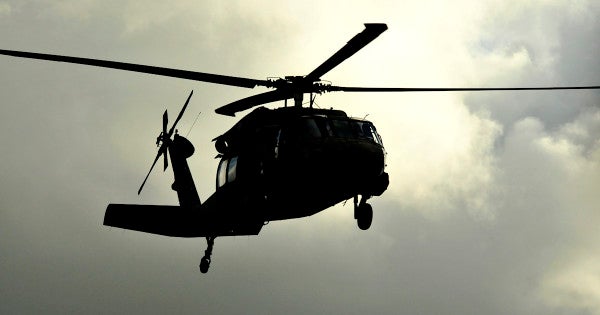 First, America had to grapple with the 'storm Area 51' raid. Now black helicopters are hovering ominously over Washington, D.C.

“Without additional funding, the Army will not be able to perform this classified mission,” the Defense Department said.

“Soldiers from assault helicopter company and aviation maintenance units will be supporting the mission with 10 UH-60s and maintenance capabilities for four months,” according to the document, referring to the Black Hawks.

It was not immediately clear what this mission is, which service members might be involved, or why it is taking place in the nation's capital.

The mission began in early fiscal 2019, said Army spokesman Wayne Hall, who referred questions about how much the operation costs to the Defense Department.

“The mission is an actual operation and the duration is undetermined,” Hall told Task & Purpose on Monday. “The nature of the mission is classified.”