None of this is surprising. 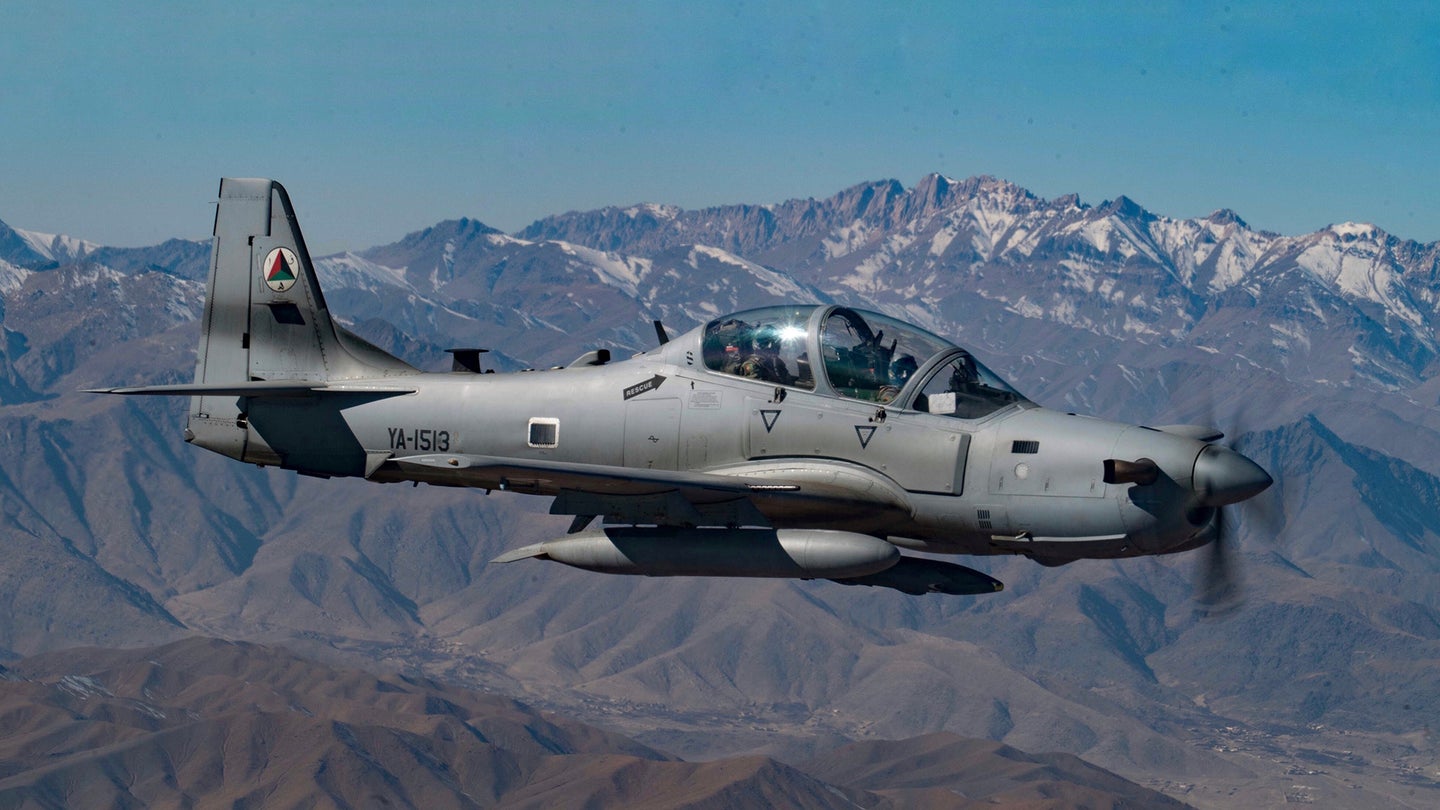 President Joe Biden has vowed that the United States will make sure the Afghans “have the capacity to maintain their air force,” but signs have emerged that the Afghan Air Force is already falling apart.

About one-third of the Afghan Air Force’s 160 aircraft can no longer fly because they lack spare parts since the United States withdrew its contractors from the country, Afghan lawmaker Haji Ajmal Rahmani reportedly said during a recent webinar sponsored by the State Department Correspondents Association.

“It’s not low — it’s actually out of stock,” the Washington Examiner quoted Rahmani as saying at the July 23 event.

None of this is surprising.

The Afghan Air Force has come a long way over the past two decades. Its fleet was initially limited to Russian-made transport and attack helicopters. In 2010, accusations emerged that Afghan pilots were smuggling opium and weapons. The following year, an Afghan Air Force colonel killed nine Americans in the deadliest insider attack of the war.

The U.S. Air Force also wasted more than $500 million on 20 Italian-made transport aircraft for the Afghans, which became unusable due to problems getting spare parts and related issues. The planes were eventually scrapped and the metal was sold for about $40,000.

Since then, the Afghan Air Force has become an effective fighting force. It currently has 162 aircraft, of which as many as 143 were mission-capable as of March 31, according to a Special Inspector General for Afghanistan Reconstruction report from April.

The U.S. government has also vowed to provide the Afghans with 37 UH-60 Black Hawk helicopters to supplement the 42 Black Hawks they already have.

But the U.S. military has been forced to completely retrain Afghan aircrews on how to use Black Hawk helicopters, and that has delayed the Afghan Air Force’s ability to sustain itself, John F. Sopko, the Special Inspector General for Afghanistan Reconstruction, previously told Task & Purpose.

Moreover, the Afghan Air Force has relied exclusively on contractors to sustain many of its American-made aircraft, including their Black Hawks and Super Tucanos. When the United States withdrew contractors from Afghanistan, it did not take long for mission-capable rates to plunge.

In fact, the U.S. military’s Train, Advise, and Assist Command – Air estimated that without contractor support the Afghan Air Force would be unable to keep their aircraft combat effective beyond a few months, Sopko said.

The Taliban has also launched a concerted effort to assassinate Afghan pilots, potentially depriving the Kabul government of the one military advantage it has.

Jack McCain, a former advisor to the Afghan Air Force and son of the late Sen. John McCain (R-Ariz.), has described the Afghan pilots whom he worked with as “brave beyond measure.”

“We often had occasions where those pilots would remain in a landing zone, under fire, so wounded could be loaded,” McCain previously told Task & Purpose. “They are asked to fly to the toughest places in Afghanistan, on a regular basis, and do so day in and day out. I’ve never seen the like.”

But with the Afghan Air Force running low on ordnance and desperate for maintenance, someone has to pick up the slack. For right now, that someone is the U.S. military.

“The United States has increased airstrikes in the support of Afghan forces over the last several days, and we’re prepared to continue this heightened level of support in the coming weeks if the Taliban continue their attacks,” Marine Gen. Kenneth McKenzie Jr., head of U.S. Central Command, said on July 25.

The U.S. military is also prepared to have Afghan aircraft taken to a third country where they can be refurbished and repaired and then returned to the Afghan Air Force, McKenzie told reporters at a news conference in Kabul.

So far, U.S. government officials have not said publicly where that “over the horizon” maintenance of Afghan aircraft might take place. In the meantime, the remaining American contractors are using Zoom to teach Afghan maintainers how to repair their aircraft in anticipation of the final withdrawal of contractor support, J.P. Lawrence of Stars and Stripes recently reported.

“I’m not going to kid you and say it’s going to be easy,” McKenzie said. “It will be far more difficult than it was in the past. And we think we have a path to do that.”