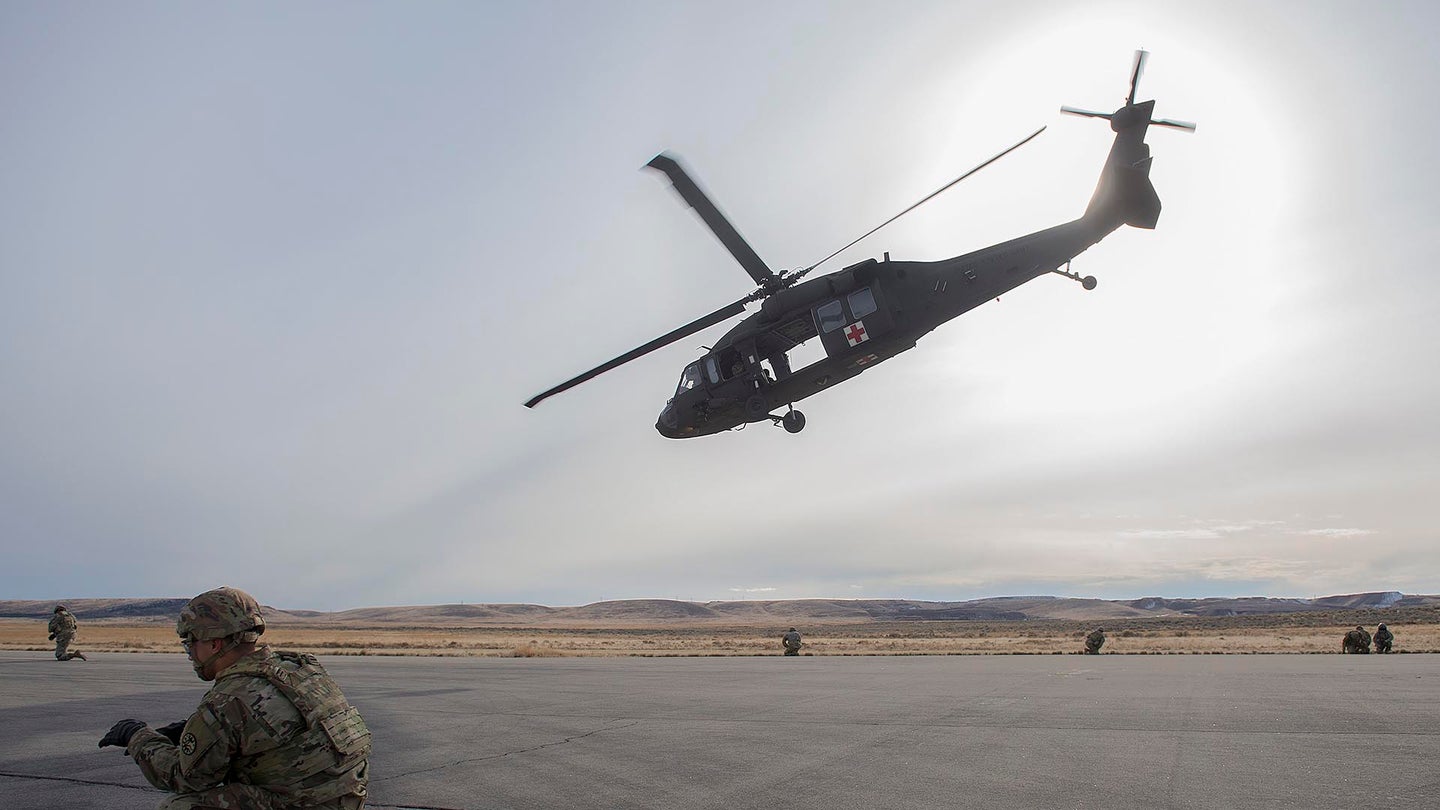 The training continues as a Black Hawk leaves the landing pad to make another go around and give other soldiers practice time to upload stretchers. Soldiers from the Idaho Army National Guard Charlie Company, 2-116 Combined Arms Battalion (CAB) of the 116th Cavalry Brigade Combat Team (CBCT) teamed up with soldiers from the 183rd Helicopter Assault Battalion on Gowen Field for weekend training exercises. Soldiers from the 2-116th received medical training in removing wounded soldiers from a field environment and air evacuated by helicopter. Soldiers learned techniques on how to secure a soldier in a carrier for air transport and provide safe evacuation. Medical personnel from the 168th MEDEVAC Detachment assisted soldiers in learning the safe and effective methods of caring for injured or wounded soldiers and to evacuate them under austere conditions.
SHARE

The soldiers were taking part in a training mission at the time of the incident, a message on the Idaho National Guard’s Facebook page says.

An emergency transmitter locator device aboard the helicopter was activated around 8 p.m. on Tuesday and the crashed helicopter and soldiers were found about 12:15 a.m. on Wednesday, the message says.

It is not known what caused the crash, according to the Army National Guard. Investigators will look into the incident.

The names of three soldiers killed are being withheld pending next of kin notification.

This is the second deadly military helicopter crash in the United States within the last several weeks.