Earlier this year, six Marines and two Nepalese soldiers died on a humanitarian mission in Nepal when their UH-1Y Huey... 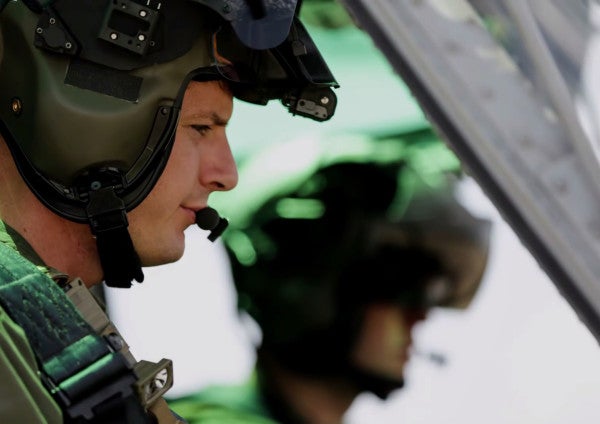 Earlier this year, six Marines and two Nepalese soldiers died on a humanitarian mission in Nepal when their UH-1Y Huey helicopter crashed.

The Marines had been assigned to the 31st Marine Expeditionary Unit and were deployed to the region to provide assistance to the people of Nepal in the aftermath of a devastating 7.8 magnitude earthquake and 7.3 magnitude aftershock that reportedly left 9,000 dead.

Earlier this month, the Marine Security Guard detachment at the U.S. Embassy in Nepal dedicated a room to the fallen Marines. They called the room “Vengeance Hall” after the helicopter’s call sign. Medina’s camera gear and memory card were recovered at the scene of the crash. The Marine Corps produced a video around the dedication of Vengeance Hall that included her last photographs.

The images show the kind of high-stakes humanitarian work that the Marines were sent to Nepal to conduct.

The images show the Marines working with Nepalese military forces to provide help to the sick and the injured.

In many ways, these photographs depict the best of the Marine Corps: a complex and expeditionary humanitarian mission, working hand-in-hand with other countries, and professional fighting men and women who were doing their jobs expertly and thanklessly. In this image, the reflection of the wreckage can be seen in the visor of one of the fallen Marine sergeants.

Here, one of the aircraft’s pilots, Capt. Dustin R. Lukasiewicz, readies the aircraft from the cockpit.

Ultimately, Medina’s incredible final photographs do more than offer haunting images of an ill-fated flight. They show the resilience of humanity in the face of incredible suffering.

Watch the full tribute video below: