On May 31, presumptive Republican nominee Donald Trump held a press conference at Trump Tower in Manhattan to set the... 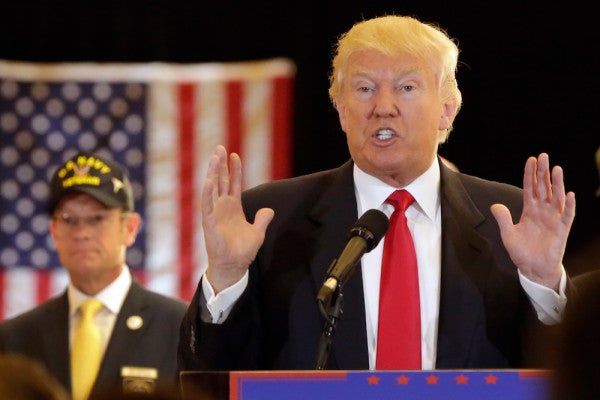 On May 31, presumptive Republican nominee Donald Trump held a press conference at Trump Tower in Manhattan to set the record straight about his fundraising efforts for veterans.

Several weeks ago, a number of outlets reported that Donald Trump’s veterans fundraiser, which was held in lieu of his attendance at a Republican debate on Jan. 28, did not raise as much as his campaign promised: $6 million.

Trump clarified the total during Tuesday’s press conference, saying, “As of this moment, it's $5.6 million.”

He added that the final figure could top $6 million once all the donations are in. Trump's campaign released a list of 41 charities that received funds ranging from $50,000 to $1.1 million.

Throughout the presser, Trump railed against the media, adding that reporters are “the most dishonest people I've ever met.”

Trump, despite the fundraising miscalculations, is the only candidate still in the running to personally donate money to veterans charities while campaigning. On the other hand, Democratic candidates Hillary Clinton and Bernie Sanders have offered up plans to address veterans issues through implementation of new policies.