What Houthis rebels claimed to be a ballistic missile shot at a Saudi-led coalition base last week was actually a... 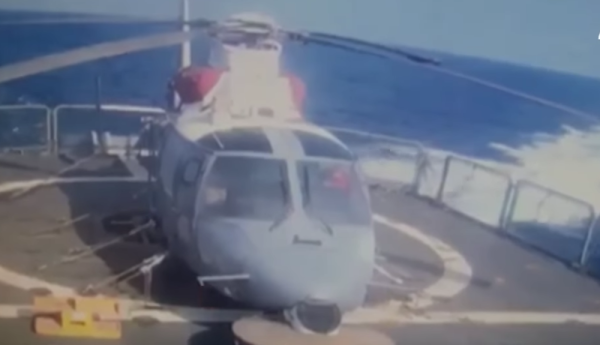 What Houthis rebels claimed to be a ballistic missile shot at a Saudi-led coalition base last week was actually a “suicide gunboat” that they rammed directly into a frigate.

On Feb. 6, a harrowing clip shared by Al Arabiya news network confirmed that the Saudi ship was indeed deliberately rammed by a rogue gunboat. The SPA reported that its coalition, which has been working since 2015 to reinstall Yemen's government, was attacked by three suicide boats operated by the Iran-backed, Yemeni-rebel Houthis west of the Yemeni port of Al Hudaydah.

The incident was originally broadcast shortly after the attack by the Houthis on al-Masirah, a Yemeni television channel. The Houthis claimed it was a ballistic missile launched at coalition base on the Red Sea island of Zuqar between Yemen and Eritrea, according to Reuters.

Pro-rebel media channels reported that Yemen's naval forces had launched a missile that hit a Saudi Al-Madinah-class frigate off Yemen's western coast, according to IHS Jane’s 360. They claimed the frigate was violating Yemen's sovereignty and had been involved in attacks on civilians.

The ship itself reportedly survived, as coalition members were able to put out the fire.