Can You Spot The Sniper In This Photo… Holy Crap Is That A Snake?

A photograph of an Army sniper remaining still as a snake slithers across his barrel has gone viral. During training... 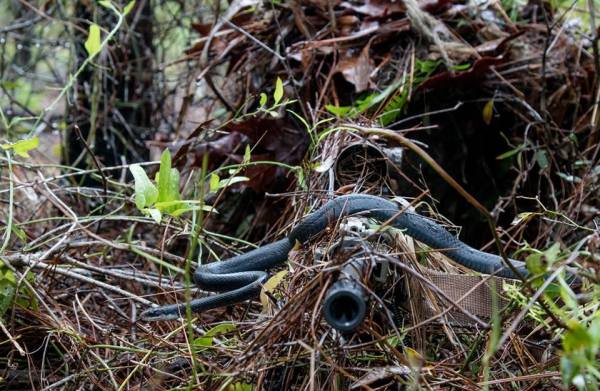 A photograph of an Army sniper remaining still as a snake slithers across his barrel has gone viral.

During training at Eglin Air Force Base, Fla. on Apr. 7, Alabama National Guard Pfc. William Snyder was caught on camera fully-camouflaged in a ghillie suit looking down the scope of his rifle as a Southern black racer goes right in front of him.

The guard posted the photo to its Facebook page the following week, where it's been shared nearly 3,200 times.

Snyder was practicing woodland stalking, according to Charlotte Observer, and he may be pretty good at it, if this photo is any indication.

“Our snipers are trained to remain perfectly still for hours on end when in position and remain invisible to enemies and even wildlife,” the Guard said.