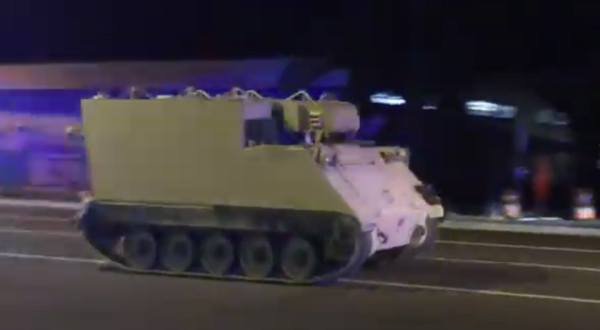 At around 7:50 p.m. on Tuesday, 1st Lt. Joshua Phillip Yabut — a 29-year-old guardsman and Afghanistan veteran with the Petersburg-based Headquarters Company, 276th Engineer Battalion, — took a joy ride in an M577 armored command vehicle, and led state police on a lengthy pursuit, the Virginia National Guard told Task & Purpose in a statement.

The chase ended when Yabut stopped near Richmond’s City Hall, got out of the vehicle, surrendered to police, and was promptly arrested for driving under the influence of drugs, and charged with “one felony count of eluding police and one felony count of unauthorized use of a vehicle,” according to the Virginia National Guard statement.