Nine service members are confirmed and two more are presumed dead after a UH-60 Black Hawk helicopter crashed off the... 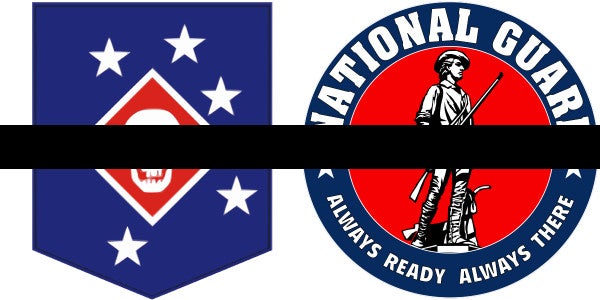 Nine service members are confirmed and two more are presumed dead after a UH-60 Black Hawk helicopter crashed off the coast of Florida March 10 amid heavy fog.

It’s still unclear what caused the crash, according to a CNN report, but the pilots and crew involved were highly trained and highly experienced.

The military’s reaction recently turned from a search and rescue mission to a recovery mission after two days with no signs of life.Two bodies belonging to Louisiana National Guard soldiers with 1-244th Assault Helicopter Battalion have been recovered, along with aircraft debris and human remains.

Although the helicopter didn’t go down from enemy fire or crash in a war zone, these 11 service members, who will not be named by Task & Purpose until the Pentagon releases their names, intentionally placed their lives at risk in the interest of America’s national security. Their routine seven-day training mission was intended to simulate an inherently dangerous amphibious insertion and extraction mission that, like all training, would help improve their effectiveness in combat.

This single event represents more loss of life than the military has endured thus far this year in Afghanistan or in the mission to stop the Islamic State.

Gen. Martin Dempsey, chairman of the Joint Chiefs of Staff, expressed this sentiment when he called the crash, “a reminder to us that those who serve put themselves at risk, both in training and in combat.”

Eleven brave souls have been lost. Americans who volunteered to serve in harm’s way likely gave their lives training in hazardous conditions to do just that. In peace or in war, military service is a dangerous business.

These were elite members of our military. Members of the National Guard helicopter crew, which is based in Hammond, Louisiana, served multiple tours in Iraq and assisted with complex missions around the Gulf Coast, including the response to Hurricane Katrina in 2007 and the 2010 British Petroleum oil spill, reported the Marine Corps Times. The seven Marines were from 2nd Marine Special Operations Battalion in Camp Lejeune, North Carolina. The Marine Corps' special operators represent the very best of its combat arms forces.

“There is training in all conditions — that’s part of the military mission,” said Eglin Air Force Base spokeswoman Sara Vidoni, CNN reported. “They were out there doing what the military does.”