Officers And Academics Find Common Ground Based On Mutual Respect

When senior officers and academics found themselves working together on a two-day joint humanitarian and disaster relief tabletop exercise, they... 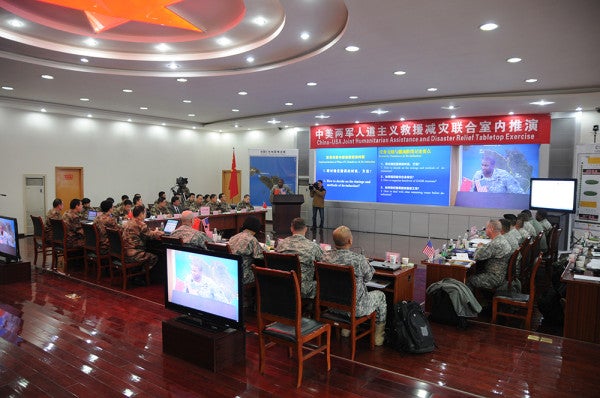 When senior officers and academics found themselves working together on a two-day joint humanitarian and disaster relief tabletop exercise, they encountered and overcame what is commonly referred to as the civilian-military divide. At first, each group was somewhat intimidated by the other — academics, awed by those in uniform, with their medals and war stories, and officers somewhat put off by scholars with distinguished degrees and careers, who often rub shoulders with military leaders and renowned leaders.

However, by working together on a series of hypothetical scenarios — which were designed to require both civilian and military expertise, so no one group had all the answers — the participants found they had a lot to offer one another, once personal doubts were set aside.