U.S Worries Taliban Members Exchanged For Bergdahl Could “Return To The Fight”

American and Qatari officials began talks on Thursday about extending security measures for the five senior Taliban members who were... 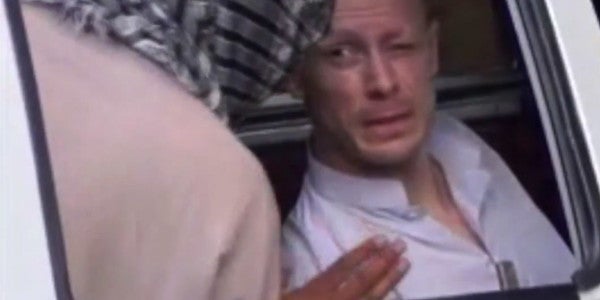 American and Qatari officials began talks on Thursday about extending security measures for the five senior Taliban members who were freed in exchange for Sgt. Bowe Bergdahl's release. This may mean extending the current one year agreement requiring Qatar to keep them under surveillance, and from leaving the country.

“These guys are known bad guys,” said a defense official, who added that two of the five are believed to “be interested in returning to the fight.”