Marine Convicted Of 2006 Iraq Murder Will Not Serve Extra Time 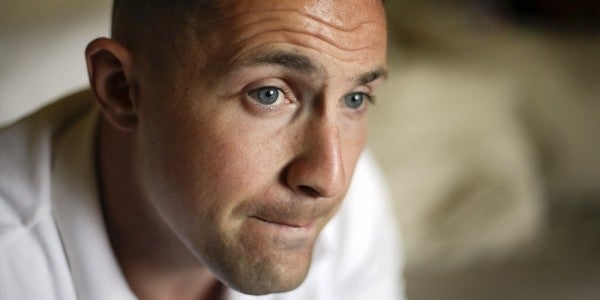 “I had ice in my veins,” he said. “It’s not who I am. It’s who I had to be in the situation I was in,” said Marine Sgt. Lawrence Hutchins III, during his court-martial, Thursday.

Hutchins was given a bad conduct discharge, and sentenced to time already served in confinement for the 2006 murder of a former Iraqi police officer. On Apr. 26, 2006, Hitchins led six Marines and a Navy Corpsman in the abduction and murder of 52-year-old retired policeman Hashim Ibrahim Awad, and staged it to suggest that Awad had been planting a bomb.

Hutchins was initially convicted in 2007 and served seven of his 11 years in military confinement, which left open the possibility of a four-year sentence.

Staff Sgt. Saul Lopez, who served with Hutchins, testified at the hearing, crediting Hutchins with his own survival.

“Every Marine on that patrol is now a convicted felon. Is that leadership?” asked prosecutor Samson Newsome.