Dozens Of Admirals And Generals Back Iran Deal

Three-dozen admirals and generals issued an open letter on Aug. 11 stating their support of the Iran deal and implored... 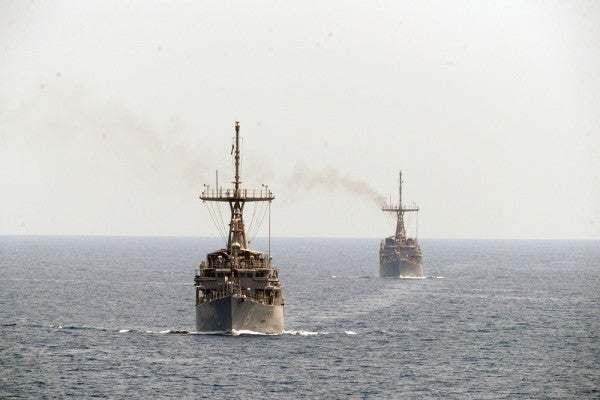 Three-dozen admirals and generals issued an open letter on Aug. 11 stating their support of the Iran deal and implored Congress to do the same. The letter calls the agreement “the most effective means currently available to prevent Iran from obtaining nuclear weapons,” reports the Washington Post. It goes on to say that should military action against Iran be deemed appropriate, it would only be met with our allies’ approval once all appropriate diplomatic measures had been exhausted.

“There is no better option to prevent an Iranian nuclear weapon,” the letter reads. “Military action would be less effective than the deal, assuming it is fully implemented. If the Iranians cheat, our advanced technology, intelligence and the inspections will reveal it, and U.S. military options remain on the table.”