In 2009, when then-Department of Veterans Affairs Secretary Eric Shinseki declared all homeless veterans would have housing by 2015, it... 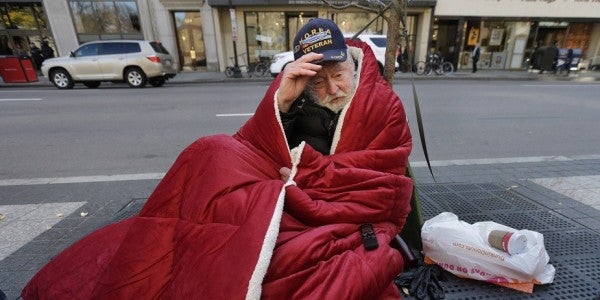 In 2009, when then-Department of Veterans Affairs Secretary Eric Shinseki declared all homeless veterans would have housing by 2015, it seemed aspirational at best, but NPR explains how it might actually be possible. Nationally, spending on homeless veterans is up 300%, with roughly $1.5 billion spent last year, and veteran homelessness is down by roughly a third, to 50,000.

Two cities, New Orleans and Los Angeles, demonstrate how the struggle to provide housing for homeless vets, though possible, is still daunting and fraught with challenges. New Orleans has achieved what’s called a “functional zero,” which means having the resources and a system in place where the city can immediately house a homeless vet. However, Los Angeles, which has the highest number of homeless veterans in the country, has lagged behind other cities, due in large part to a housing shortage that makes finding space and funding a challenge.

For New Orleans to reach its functional zero, it had to house 227 veterans last year. Los Angeles, housed roughly that many last month and the month before. Yet, as fast as homes can be found for those on the street, roughly seven more veterans become homeless each day in Los Angeles.