Here Are 5 Reasons Why Afghanistan Is A Success Story

In an op-ed for Forbes, Loren Thompson, a contributor who focuses on national security, offers a counterpoint to the popular... 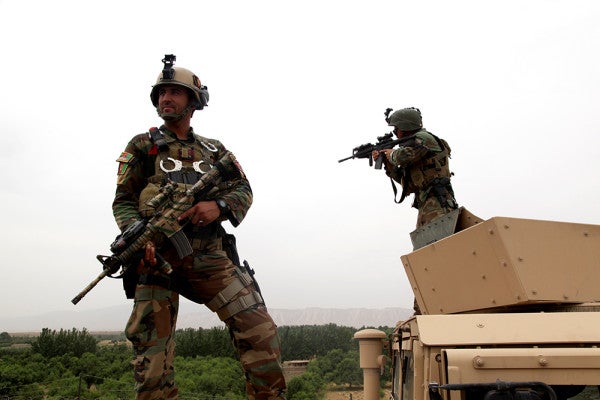 In an op-ed for Forbes, Loren Thompson, a contributor who focuses on national security, offers a counterpoint to the popular narrative on Afghanistan, explaining why he thinks the war in Afghanistan is a success story, not a failure. Thompson cites improvements in the performance of Afghan security forces, changes in national government, significant gains in Afghanistan’s economy, productive collaboration with Pakistan, and optimistic public opinion among Afghans, as reasons why the mission in Afghanistan has been successful.

“Despite numerous setbacks, the Bush and Obama administrations have stuck with the task of fashioning an inclusive democracy in Afghanistan that would no longer afford terrorists a safe haven. And in spite of a drumbeat of negative media coverage — including recent reports that high casualty rates among Afghan security forces are unsustainable — that steadfastness seems to be paying off. There are numerous signs that the U.S. and its 40-odd coalition partners have succeeded in making Afghanistan a more peaceful, progressive place. “