In The Arctic, The US Is Falling Behind Russia In Race For Resources

The U.S. is on the losing side of another Cold War with Russia, except this time it is literally a... 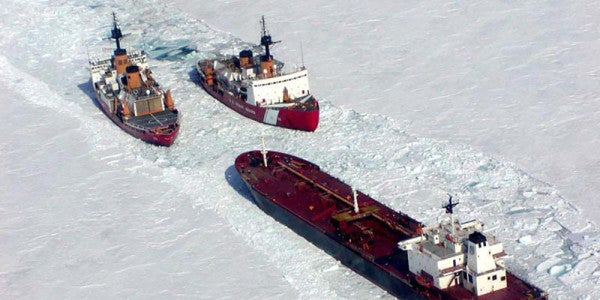 The U.S. is on the losing side of another Cold War with Russia, except this time it is literally a cold war. The Arctic is stocked with invaluable resources, and as the ice melts, it’s a race to see who can access the precious resources the fastest.

Roughly 15% of the world’s remaining oil, 30% of its natural gas, and 20% of its liquefied gas are all stored in the Arctic sea bed. In addition to resources, the Arctic offers prime shipping lanes for those powers that can secure the territory.

Russia has six nuclear-powered icebreakers already in service, with at least a dozen diesel vessels working to retrieve access the resources. On the other hand, the United States has only two heavy-diesel, and one medium icebreaker among its Arctic vessels.

In addition to its icebreakers, Russia is building up its military strength in the area. It has constructed 10 search-and-rescue stations, 16 ports, 13 airfields and 10 air-defense radar stations across the frigid region.