Editor’s Note: This is an excerpt from John Phillips’ self-published book “Boots To Loafers: Finding Your New True North.” Rebranding... 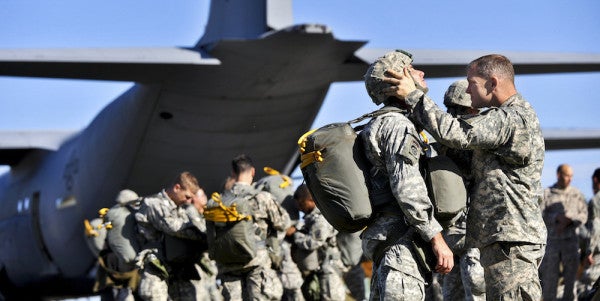 Editor’s Note: This is an excerpt from John Phillips’ self-published book “Boots To Loafers: Finding Your New True North.”

Rebranding is one of many new terms you will start to pick up as you make the transition into the private sector. Nothing to be afraid of or concerned about; you’ve done it many times before, you just never had a name for it.

Here is a quick personal story on rebranding going back to my first days as a soldier: When I graduated from high school, I enlisted in the U.S. Army. The minute the bus door opened and my drill sergeant came on board at Fort Jackson, South Carolina, I knew I was about to undergo a significant change very quickly. What I didn’t know was that I was about to learn how to rebrand myself from an immature teenager to a soldier. Although my early years had been spent on army bases around the world as my family moved from one military tour to another, those indirect experiences did not completely prepare me for the rebranding process I was about to undertake. By the time I got off that bus (very quickly, I might add, due to the drill sergeant yelling at me to “get off his bus”), I realized that I would soon learn an entirely new way of life. Several components of change immediately became apparent:

Those first moments of awareness of what rebranding was all about were lessons that would be played out again some 30 years later as I entered the private sector.

Rebranding does not require you to compromise core values; instead, you must reinvent yourself and apply those values in a completely different environment. You may view the rebranding process as a fresh start with a chance to seize new opportunities, to implement lessons learned, and to capitalize on years of experience while in uniform, making them an advantage in the civilian world. The necessary adjustments differ for each person, so you must do your homework, be adaptable, remain flexible, and use your training to watch, listen, and transform.

So, what does all of this mean? There are two aspects of change that should take place as part of rebranding yourself: the external changes to your appearance and the internal changes in how you communicate and adapt to change. As many of you know from your military training, being aware of and understanding your situation and surroundings is very important. Said in civilian terms, watching and listening to people — how they dress, how they act, how they speak — during simple interactions will tell you volumes and greatly influence your rebranding efforts.

I can recall when I made the decision to retire from the Army; it was time to take my first step toward transforming myself, so I stopped getting a high and tight every Thursday and let my hair start growing. I hadn’t owned a comb for years; it was now time to buy one. The ability to adapt to change is critical. Change is happening all the time in the private sector. Companies are always looking for ways to save money and grow their bottom line, which all requires change.

Remaining flexible in uncertain times will help you manage expectations as well as your sanity. The fact that you have come from an environment that changes direction often means that these changes should not be an issue for you. This move into the civilian world requires adjustments to specific aspects of life: communication style, status and position, stereotypes and diversity, work life, and home life to name a few. Start with the component that will directly impact every facet of your life: your brand.