An engine failure at 6,000 feet is not an enviable position for any helicopter pilot to be in. But that’s... 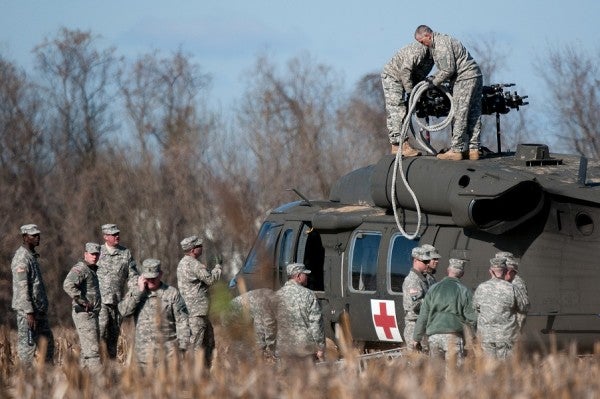 An engine failure at 6,000 feet is not an enviable position for any helicopter pilot to be in.

But that’s exactly what happened to the crew of a South Carolina National Guard UH-60 Black Hawk on Dec. 3. The three Guardsmen managed to auto-rotate the main rotor and land the malfunctioning aircraft in an cornfield near Interstate 77, a few miles southwest of Columbia, South Carolina.

None of the crew were injured. An investigation is ongoing, and the South Carolina National Guard could not release the names of the aircrew involved, said Guard spokeswoman Maj. Cindy King.

Whoever the pilots are, they now have an intimate understanding of the phrase, “Any landing you walk away from is a good one.”