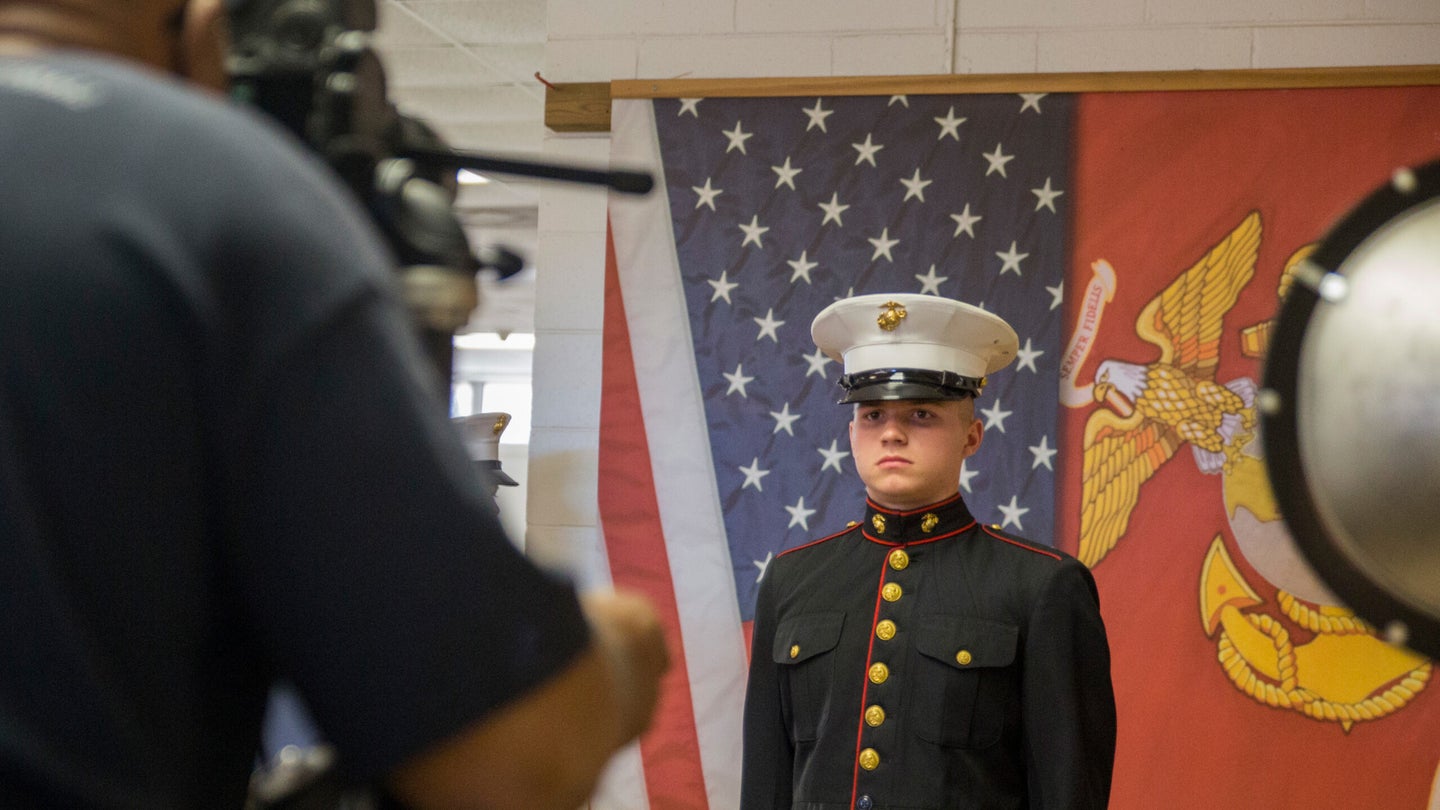 The Marine Corps has issued a “clarification” message explaining that Marines will still be required to take official photos every year even though they’ll be used for absolutely nothing important.

“The promotion boards will have no view of any photographs in the [Official Military Personnel File],” one Marine officer recently vented to others in a private Facebook group, recounting a conversation with a major overseeing officer promotions in Quantico, Virginia. “Nor will they have any indication as to whether or not the Marine has a current photo. She verified this is basically an arbitrary requirement just to follow [Commandant of the Marine Corps] guidance that he would like to keep them there, even though they can’t be used for anything.”

For years, Marine officers and noncommissioned officers were required to have a photograph taken in order to be promoted or screened for special training. They would don their pressed tan “charlie” shirts and green dress slacks, attach their ribbons and awards, and then make an appointment at a photo studio on base, where they would leave their official duties behind for part of the day to go and stand up straight and stoically not smile for the camera. A promotion or selection board would later review the photo and the Marine’s records and determine whether they would attain the next rank or attend the training school they wanted.

But that all changed in September 2020, when word came down that photos would no longer be “authorized information” for use during promotion boards or when selecting Marines for assignments and training. The order came in response to a memorandum from then-Defense Secretary Mark Esper banning the use of photographs for promotion and selection screening in an effort to curb racial bias.

So did the Marine Corps scrap the photo requirement altogether? It did not.

In an administrative message publicly released on Wednesday, the Corps’ deputy commandant for manpower and reserve affairs, Lt. Gen. David Ottignon, announced “clarification” of a policy that Marines say has raised more questions than answers.

“Marines shall have a photograph taken annually (every 365 days) for placement into the Marine’s Official Military Personnel File (OMPF),” the message says, before adding that, “effective 1 September 2020, photographs are not authorized information for promotion boards and selection processes pertaining to assignment, training, education, and command. [Headquarters Marine Corps] will continue to ensure OMPF photographs are not considered by promotion boards and selection processes.”

In other words, Marines are required to have an official photo. It will not be used for any purpose. But it will go in an official record that very few people will ever look at. One potential reason for taking such photos is so they can be used in public notifications that a Marine has died on active duty, but even that does not stand up to scrutiny: Every Marine has an official photo taken when they go through basic training, and it’s rare for public notifications to ever include a photo since officials usually only release the name, rank, age, home of record, and circumstances of the death. A photo is also taken for the identification card that allows them to access bases. So requiring Marines to take an annual photo is essentially a “pointless” process, as one former Marine officer put it.

“This seems like a textbook definition of waste and abuse,” said a Marine official who was not authorized to speak publicly about the issue, arguing that American taxpayers will foot the bill for lost work hours by every Marine, manpower hours wasted by Marines who take the photos and transmit them to headquarters, along with the cost of the resources involved.

“All of this for a photo that cannot be used or seen by anyone other than the individual Marine.”

Still, according to the message, Marines will continue to be “required to have an official photo in their OMPF.” But even this “clarification” message was poorly worded: which Marines exactly? All Marines, or just officers and noncommissioned officers? And what possible reason could there be for taking a photo every year that will be seen by virtually no one?

“This is a level of insanity and waste that I have never seen,” the official said.

The Marine Corps did not respond to clarifying questions or provide an answer to the “why?” question by deadline. But a second Marine official who was not authorized to speak publicly told Task & Purpose that right now, the photo requirement applies to sergeants and above as an “administrative requirement,” though it remains unclear what that term actually means.