‘We’d Be The First People They Ran Into,’ Says Soldier Who Stood Guard During OSU Attack

Dan D., an active-duty soldier in the U.S. Army and Ohio State University graduate student, was exiting class when he... 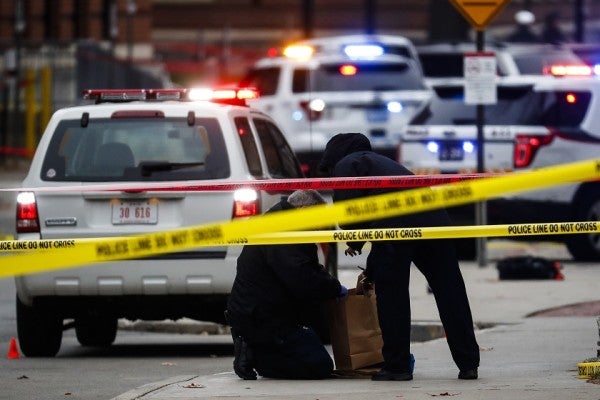 Dan D., an active-duty soldier in the U.S. Army and Ohio State University graduate student, was exiting class when he and his fellow students heard sirens and saw emergency response vehicles.

Across the Columbus, Ohio campus students received alerts from the school’s text service warning of an active shooter.

It was Monday, and Abdul Razak Ali Artan had just driven his car into a group of people, before exiting the vehicle and attacking others with a butcher knife.

“A group of veterans and a couple people not even affiliated with the military just started taking an active approach to keeping people consolidated in one classroom,” Dan told Task & Purpose in an interview. Because he did not want to be singled out from the other service members or veterans and recognized as a hero, the Army veteran asked only to be identified by his first name.

Dan is one of more than a dozen veterans, active-duty service members, and civilian students who kept an eye on the hallways, locked the doors, and took positions at entry and choke points, like stairwells, and elevators in their building while the campus was on lockdown.

“We were basically just putting ourselves in positions to reassure our classmates that if anyone was going to come for them, they had to come through us,” says Dan. “If anyone came into the building, we’d be the first people they ran into.”

Inside the classroom, students checked for updates on social media, reassured family members they were safe, and kept an eye on the windows, waiting for the all clear. As Dan describes it, the situation was a mix of unease and concern, but not overly tense, in part, because so many of the students stepped forward to help, reassuring their classmates in the process.

“The news makes it seem like we were building defenses, it was really just us taking more of a passive security posture,” Dan notes. “I think some people were a little scared, a lot of the college kids don’t deal with this kind of stuff on a daily basis. I think the veterans had a calmer demeanor about it, and I think that assured them.”

Roughly two hours after the active-shooter alert was sent, the students were given the all clear. There were also reports around campus that many other students, veteran and civilian alike, took similar action, according to Dan.

Minutes after the attack, which began around 9:50 a.m., Artan was shot and killed by Ohio State Police Officer Alan Horujko. Eleven people were hospitalized as a result of the attack, according to CNN. An ongoing investigation is looking to determine the motivation for the attack, and whether it was an act of terrorism.