On Monday morning, Abdul Razak Ali Artan drove his car into a crowd of people on the Ohio State University... 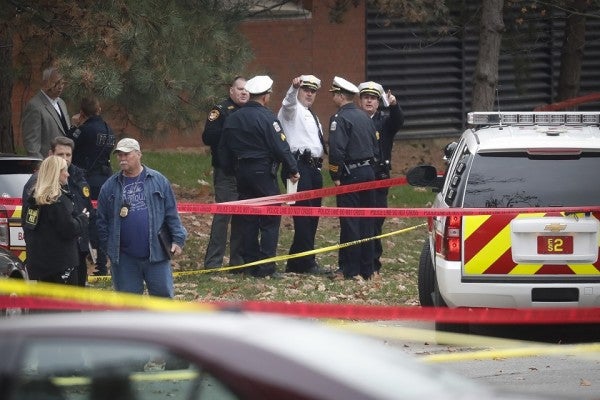 On Monday morning, Abdul Razak Ali Artan drove his car into a crowd of people on the Ohio State University campus before exiting the vehicle and attacking others with a knife. Eleven people were hospitalized as a result of the attack, according to the Associated Press.

Minutes after the attack began, Artan was shot and killed by Ohio State Police Officer Alan Horujko after Artan refused to comply with orders to drop his weapon: a butcher knife.

Indoors and around campus, students sheltered in place, and some holed up in classrooms, where they barricaded doors following an initial report of an active shooter on campus.

Inside one of the classrooms, military members reportedly stood guard by the door to prevent possible attackers from entering, according to CNN.

Ohio State University student says some military members in her class are standing by the door to protect others https://t.co/vVyHZnX2Wo pic.twitter.com/MmMnGIiAQn

“We have quite a few military men in our class, who are actually all standing by the doors, keeping us safe,” Molly Clarke, an Ohio State University student, said in an interview with CNN. “I’m feeling pretty good about that.”

Clarke told Task & Purpose that her classmates are “still active and represent all branches of the military.”

Investigators are looking into Artan, reportedly a Somali refugee, who carried out Monday’s knife attack, to determine whether the attack was an act of terrorism.