When a gunman opened fire on the campus of University of North Carolina at Charlotte on Tuesday, Army ROTC cadet Riley Howell sprang into action 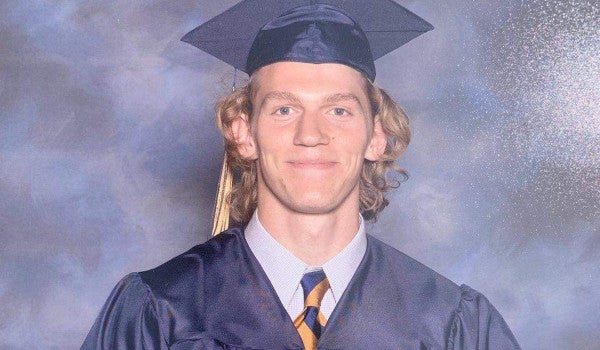 When a mass shooting erupted on the campus of University of North Carolina at Charlotte on Tuesday, Army ROTC cadet Riley Howell sprang into action.

Finding himself face to face with the armed gunman in his classroom, the 21-year-old Howell tackled and restrained the shooter until police could arrive.

“He was the kind of person who you knew would take care of you the moment you met him, and he always did,” Howell's family said in a statement. “He radiated love and always will.”

Law enforcement officials say that without Howell's heroic sacrifice, the death toll would likely have been higher.

“But for his work, the assailant may not have been disarmed,” Charlotte-Mecklenberg Police Department Chief Kerr Putney told the New York Times of Howell. “Unfortunately, he gave his life in the process. But his sacrifice saved lives.”

“I would tell you, he stood out,” she told CBS News “As a soldier, we understand what it means to make the ultimate sacrifice.”

At a candlelight vigil on Wednesday evening, Howell's friend David Belnap arrived wearing a T-shirt with “Riley Howell is a hero” emblazoned on the back.

David Belnap, a sophomore at the University of North Carolina at Charlotte, displays a t-shirt in Charlotte, N.C., Wednesday, May 1, 2019, in support of Riley Howell, a classmate who was killed while confronting a gunman inside a classroom on Tuesday(Associated Press/Skip Foreman)

“It seems very much like something he would do,” he told the Associated Press of Howell. “I want that to be his legacy, that he lost his life to protect those he cared about.”

SEE ALSO: The Army Is Officially Honoring Three Slain JROTC Cadets For Their Heroism During The Florida Shooting

WATCH NEXT: The 3 ROTC Cadets Killed During The Parkland Shooting