Every once in awhile, a civilian extends an act of generosity to a soldier returning home from deployment: a handshake,... 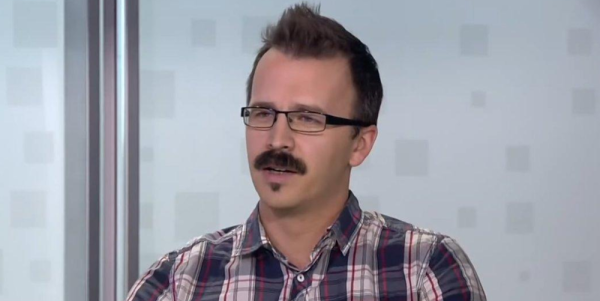 Every once in awhile, a civilian extends an act of generosity to a soldier returning home from deployment: a handshake, a polite thank-you, or — as was the last weekend — a first-class seat on a plane. Though an unnecessary gesture, such kindnesses don’t go unappreciated by service members. But in this case, one person took serious issue.

“Some guy gave up his first class seat for a uniformed soldier,” tweeted Drexel professor George Ciccariello-Maher as he sat on the flight Sunday. “People are thanking him. I’m trying not to vomit or yell about Mosul.”

Despite the fact the Ciccariello-Maher’s twitter account is private, the tweet was shared more than 1000 times, drawing serious backlash from the military community. Retired Army colonel and Townhall columnist Kurt Schlichter called the professor “a little bitch,” and conservative commentator Ben Shapiro went so far as to call him a “douchebag.”

You tried not to vomit or yell?
No, you just sat there quietly like a little bitch.
Ignored, irrelevant, wishing you were a man.
@ciccmaher

Ciccariello-Maher serves in Drexel’s history and politics department and calls himself a radical political theorist. This isn’t his first time drawing heat for an unpopular tweet. Late last year, he also tweeted a bizarre holiday wish: “All I want for Christmas is white genocide.” Ciccariello-Maher later claimed the furor over that tweet was overblown.

In response to the controversy around his soldier-flaming tweet, Ciccariello-Maher released a statement on Mar. 30 to FOX 29 in Philadelphia. Rather than apologizing for singling out a soldier for antiwar anger, the professor instead blamed the right-wing media for misrepresenting his views:

Two days after U.S. airstrikes incinerated an estimated 200 civilians in the Iraqi city of Mosul, I sent a personal tweet in reaction to what I considered a smug and self-congratulatory gesture by a first-class passenger toward a uniformed soldier. Maybe predictably, my tweet has since been fed into and misrepresented by the outrage machine that is right-wing media. Needless to say, my personal views expressed off-campus have absolutely nothing to do with those of my employer, Drexel University.

Drexel University has since condemned Ciccariello-Maher’s tweet. “The recent social media comments by George Ciccariello-Maher, Associate Professor of Politics and Global Studies at Drexel, were made outside the classroom, are his own opinion and do not represent the University’s views,” read a statement from the university.

“Drexel,” the statement continued, “is committed to and vigorously supports our ROTC students, student veterans and alumni who have served in the military.”