The Navy is designing the first U.S. submarines built specifically to accommodate female crewmembers — and the new boats will... 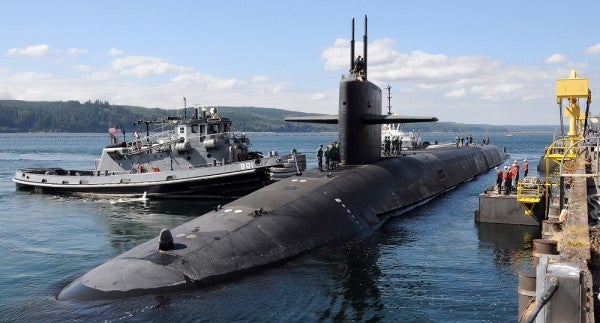 The Navy is designing the first U.S. submarines built specifically to accommodate female crewmembers — and the new boats will take into account the varying body types, heights, and builds of its sailors. After decades of storied silent, deep operations, engineers evidently unfurled a measuring tape in a sub and realized things get a bit awkward if you’re not quite 5-foot-9.

The redesign includes obvious changes — more privacy doors, gender-specific heads, and separate sleeping and bathing areas for men and women — but there are other, subtler changes in the works, too, according to the Associated Press.

Some of these include lowering overhead valves, making them easier to turn (which is probably appreciated by everyone), and installing steps near the triple-high bunks and stacked laundry machines.

Like the added steps and easier-to-turn valves, not all the new changes are gender-specific; many are simply based on body size and shape. You don’t need a penis to appreciate that something is easier to reach and easier to turn. Seats in the control rooms of ballistic missile subs will be adjustable, so everyone can easily touch each display and joystick.

“We have a clean sheet of paper, so from the ground up, we'll optimize for both men and women,” Brian Wilson, Electric Boat director of the new ballistic-missile sub program told the AP.

The Navy lifted its ban on women aboard submarines in 2010, beginning with officers. Today, roughly 80 female officers and 50 enlisted women are serving aboard subs, but those numbers are expected to increase well into the hundreds over the next several years, notes AP.

For the time being, the service is retrofitting existing submarines with extra doors and designated washrooms for its female sailors, but Electric Boat in Groton, Connecticut, is developing a whole new class of ballistic-missile submarines and redesigning the Navy’s Virginia-class fast-attack subs with body measurements from both men and women.

The first vessel to be constructed with these new features, the USS New Jersey, is expected to reach the Navy by 2021 — and with it, the Navy will field its first crew of submariners who don’t need a boost to get to some vitally important pipe.