I grew up with a naive view of the Vietnam War, but in my defense, everything I knew about it... 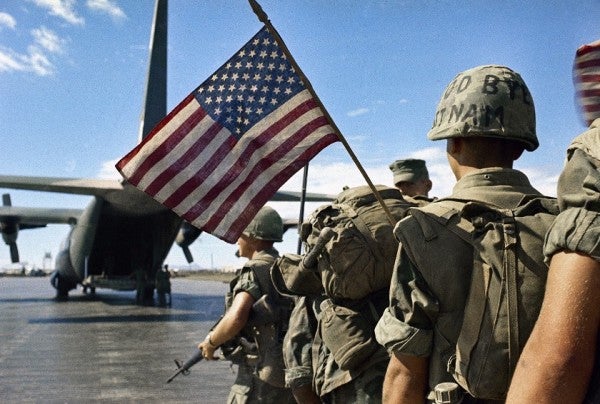 I grew up with a naive view of the Vietnam War, but in my defense, everything I knew about it stemmed from my uncle’s stories about his time there. When your tio is famed Green Beret and Medal of Honor recipient Roy P. Benavidez, you hear a lot of badass stories.

I remember going to his book signings as a kid, where he’d harp on the importance of education to underprivileged youth and tell enthralled audiences about the litany of crazy things he did during his time in the Army. There was the one where he defied orders from his doctors and rehabbed himself after being injured during his first tour. After being told he’d never walk again, he got special permission from Gen. William Westmoreland himself to redeploy back to Vietnam.

Related: 10 Incredible Photos Of The Heroes Who Fought The Vietnam War »

My favorites, though, came from his “six hours in hell” — the battle in which my uncle earned our nation’s highest award for valor. After saving the lives of numerous fellow soldiers, getting shot 37 times and stabbed with a bayonet, and shielding his comrades from a grenade blast, he had to spit on the medic that put him in a body bag to let him know he was still alive. Bad. Ass.

A U.S. Army Reserve soldier reads some of the 58,307 names etched into “The Wall” of the Vietnam Veterans Memorial in Washington, D.C. as the sun rises July 22, 2015.U.S. Army photo by Sgt. Ken Scar

As the years went on, I learned that the war wasn’t glamorous at all. In fact, it left an entire generation, stigmatized, ostracized, and abandoned.

Thanks to painstaking research compiled by renowned educator and clinical psychologist Dr. Edward Tick in his book “War and the Soul,” we now know much more beyond the tragic loss of 58,000 of our troops on the battlefield, and the toll is frightening. Of the 1.5 million American troops who served in combat during the war in Vietnam, more than 300,000 of them were wounded, including over 74,000 veterans who were paralyzed or received multiple amputations. More than 2,000 American troops were missing in action while hundreds were interned as prisoners of war — only 591 ever made it home.

Despite how horrific the war was in Vietnam, veterans found themselves battling a new one upon their arrival in the United States. Within a decade of the war’s end, we lost more Vietnam veterans to suicide than total troops lost in the entire the war. By 1998, the number exceeded 100,000. According to Tick, “The black wall of names that is the Vietnam Memorial in Washington would have to triple in length to accommodate these numbers.” Add this to the more than 150,000 Vietnam veterans who are homeless on any given night, more than 1.5 million veterans who experienced post-traumatic stress, and the families affected by exposure to Agent Orange, and the total cost of the war in Vietnam begins to show, but is far from complete.

Ultimately, this was a generation that had to fight for survival, both abroad and at home. They had to fight for their own memorial when others wouldn’t, their own mental health centers when they thought the VA failed them, and for recognition of their complications from Agent Orange exposure when far too many people turned blind eyes to their complaints.

Their efforts to identify and address the complications from Agent Orange didn’t just affect them; they laid the groundwork for Gulf War veterans to raise the alarm on illnesses that plagued their generation of warfighters, as well as the framework the newest generation of veterans need to address 21st century warfighting problems, such as Iraq-related cancer and burn-pit exposure.

On March 29, otherwise known as Vietnam Veterans Day, may we look back on what these brave veterans did, honor their service, understand the gravity of their sacrifices, and pledge to fight alongside them in every fight of theirs in the future.

The burden they bore taught our country to hate the war, not the warrior. They empowered future generations of veterans to credibly address the issues facing their peers, and the ones who fought before them. For this, we should forever be grateful for the sacrifice Vietnam veterans so selflessly made.