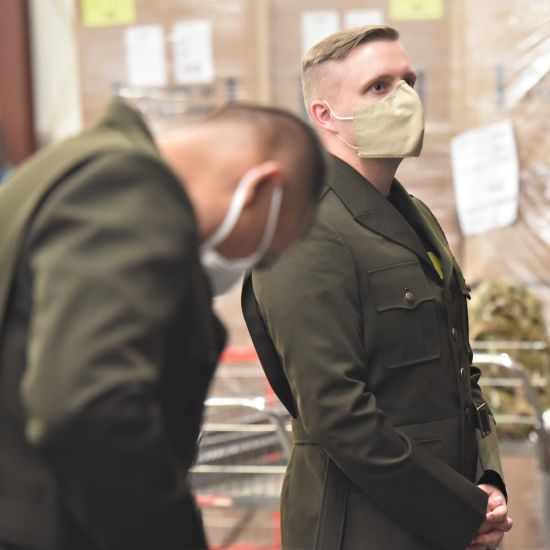 According to an Army release, new recruiters were the first to receive the snazzy new uniforms on July 8.

Fort Knox put the uniform on sale for other soldiers on Friday.

Army Sgt. Rochelle Walsingham, a recruiter in Fort Smith, Arkansas, was one of the first to get the uniform, which she says is more form-fitting than the old uniform.

“That was a big problem for the ASU for the females,” Walsingham said. “These actually fit more to your form, and we were told you are able to take them out more or bring them in more, so it helps a lot.”

Drill sergeants will be the next group to receive the uniform, per the Army’s release, followed by new recruits in the fall.

Soldiers will have until Oct. 1, 2027, to make the switch over to the new uniform, which the service said in 2018 would be “cost-neutral” for soldiers and “come at no additional cost” to taxpayers.

They were issued a service coat, a long-sleeve and short-sleeve shirt, two pairs of pants, socks, tie, belt, gloves, a pair of shoes, and cap.

Sgt. 1st Class Wesley Wills said in the release that it was exciting for the new recruiters to get the uniforms “because they’re going to be the face of the Army when they go out there.”

“To put them in the new uniform makes sense to me because they’re going to be engaging the public,” Wills said. “It’s going to be good for the Army.”

Related: The Army’s new ‘pink and greens’ are coming to new soldiers in 2021