It’s official: The Air Force will let airmen put their hands in their pockets while in uniform

The Air Force will break with decades of tradition starting in October. 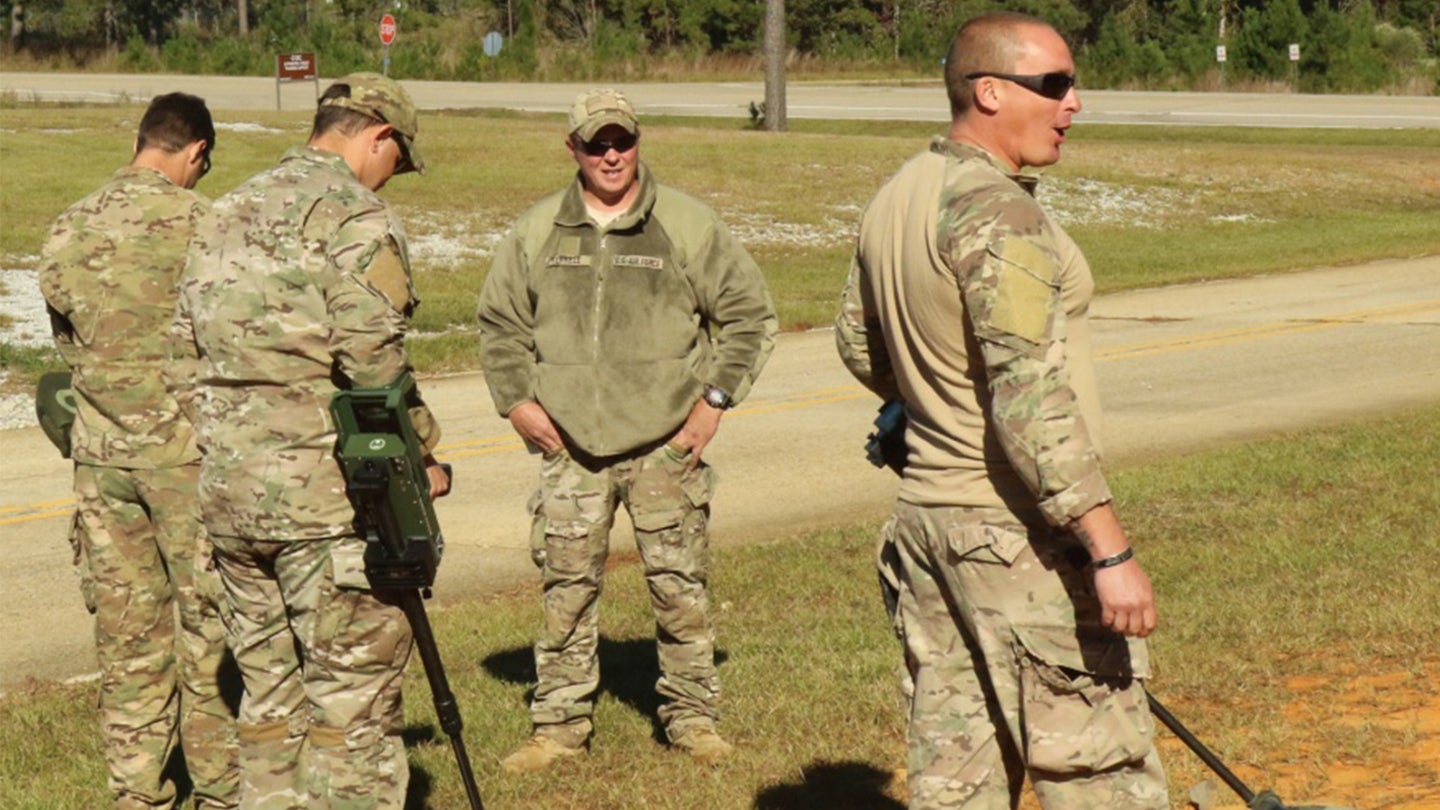 Forget “aim high,” or “it’s not science fiction, it’s what we do every day,” or any of the other recruiting slogans the Air Force has used over the years. Now, it just needs three words to get more recruits than any other branch: “Hands in pockets.”

Starting in October, the Air Force will break with decades of tradition by allowing its members to put their hands in their pockets while in uniform.

The change is one of many grooming and uniform changes that loosen up restrictions for airmen. Others include being able to use a cell phone or drink water while walking in uniform; new physical training uniforms; longer hair and hair accessory standards; cosmetic tattooing for men; and wearing morale patches on Fridays or during special events.

“We trust our airmen, noncommissioned officers and commanders with incredible resources and significant responsibilities and we’ll need to do so even more as we prepare for future conflicts,” said Air Force Lt. Gen. Brian Kelly, the deputy chief of staff for manpower, personnel and services, in a statement on Tuesday. “We likewise trust they can figure out what it takes and means to maintain standards without specifying exact behavior in every situation.”

For any civilians reading this, putting your hands in your pockets may not seem like a big deal, but that’s because we’ve never had to live in a world where you can get chewed out by someone with a lot of stripes on their sleeves for doing so. In fact, the ban against hands in pockets is so well-known in military circles that we’ve written articles about service members being caught on camera violating that rule.

“Is this private the hero service members everywhere have been waiting for?” Task & Purpose reporter Haley Britzky wrote about a soldier caught on the front page of The Washington Post with his hands in his pockets in 2020. “Was his ass handed to him on a silver platter upon his chain of command seeing this photo? If you know this man, I beg you to keep me updated.”

Of course, even the regulations couldn’t stop military heroes past and present, including Gen. Curtis LeMay, Gen. Dwight D. Eisenhower, Brig. Gen. Chesty Puller and Lt. Audie Murphy, from pocketing their paws, but tell that to a grumpy flight chief on a Monday morning. Not for much longer though, as thousands of unsung airmen will soon join these legends in pocket immunity, starting in October.

“I honestly feel like the leaders making these changes to the Air Force have the airman’s thoughts in mind,” one senior airman told Task & Purpose. The airman preferred to stay anonymous in order to avoid reprisal. “The Air Force is paving the way for all other branches to follow. We are the greatest role models.”

“I just felt every Chief in the force have a heart attack over hands in pockets,” wrote one commenter reacting to the news on Reddit.

The crazy thing is that the hands-in-pockets change is only one of many earth-shaking standards to be removed or relaxed in this upcoming Air Force guidance. Here is what else is changing:

Longer hair standards, no matter how small, make life easier for current service members. That was on full display earlier this year, when the Air Force, Space Force, and Army allowed service women to wear longer braids, ponytails and bangs. The Navy authorized ponytails back in 2018, and the Coast Guard did so in July. The reason for changing the regulation was because many airmen and soldiers said the previous tight hair bun standards had resulted in migraines, hair damage and hair loss.

“Being able to do my job and not have my hair interfere with it is fantastic,” Army Capt. Alexis Thorne, an Apache pilot, said in March.

The morale patches are also a boon, since many airmen have velcro art they’d like to flex at work. Like those hair changes earlier this year, the new Air Force regulations announced on Tuesday are meant to make it easier for people to join and stay in the service.

“We remain committed to maintaining an iterative approach with our dress and appearance standards,” Kelly said. “During this most recent review we approved several updates fully aligned with our Air Force standards and culture that maintain our focus on warfighting while providing options to meet many of the needs of our airmen.”

Yet one grooming change that male airmen have been seeking for years is still out of reach: beards. Though Air Force researchers have found that the branch’s current policy forbidding facial hair essentially discriminates against Black airmen who comprise the majority of those who seek shaving waivers due to painful “razor bumps,” The Air Force on Tuesday made no mention of whether any changes to that policy were being considered, much to the disappointment of several observers.

“Everything except for beards,” wrote one commenter on Reddit. “Forever and ever, amen.”

Other uniform changes are listed below:

The improved men’s blue shirt and women’s blouse will utilize a new stain-resistant, wrinkle-resistant and moisture-wicking fabric with a herringbone weave in the current Air Force blue shade.

In addition, the updated maternity blouse will include a redesigned neckline and collar for improved fit and comfort. The back pleat of the previously-designed blouse was replaced with darts for better shape and fit. It has realigned buttons and a lengthened shirt body for accommodation through all trimesters.

The improved hot weather combat uniform is a variant of the operational camouflage pattern uniform aimed at reducing layers of fabric in order to be lighter in weight, more breathable and quick drying, providing safer flame protection that does not melt or drip. It was designed to improve performance, survivability, lethality and safety in extreme hot and wet-weather environments. The improved hot weather combat uniform is expected to be available to Airmen in October 2021.

Generation III Level 7 parkas, commonly referred to as extreme cold weather parkas, are expected to be available for personal purchase through AAFES online and in select AAFES stores this winter season. Previously, the parka was not available for personal purchase and was primarily distributed as organization clothing and equipment at northern tier or extreme cold weather base locations.

Men’s blue trouser improvements include an adjustment to the pocket design to enhance the fit of the trousers and reduce additional alterations.

The women’s blue slacks improvement includes a redesigned and lower waistband, removal of the front darts to create a flat front, and a shortened rise to address fit concerns. Additionally, the pant legs will be straight cut as opposed to the previously tapered fit.

The updated trousers and slacks are expected to be available in May 2022.

Modernized physical training gear will feature a revised fit and look with updated materials and fabric. The fabric includes soft, quick drying, antimicrobial technology that helps with moisture and odor control. The jacket, pants, and men’s and women’s t-shirts will be available along with new running and all-purpose shorts. The physical training gear is expected to be available in October 2022 with a four-year transition period for mandatory wear.

Space Force Guardians will follow the updates above except where Space Force specific guidance already exists. For example, in accordance with SPFGM2020-36-01, USSF personnel are not authorized to wear morale patches. The Space Force held its inaugural uniform board in March and is currently developing comprehensive service-specific grooming and uniform policies with a targeted release late 2021.