Marines are testing out new workout gear, and the fate of ‘silkies’ is an open question

"There is an optional running short for those who prefer a shorter inseam." 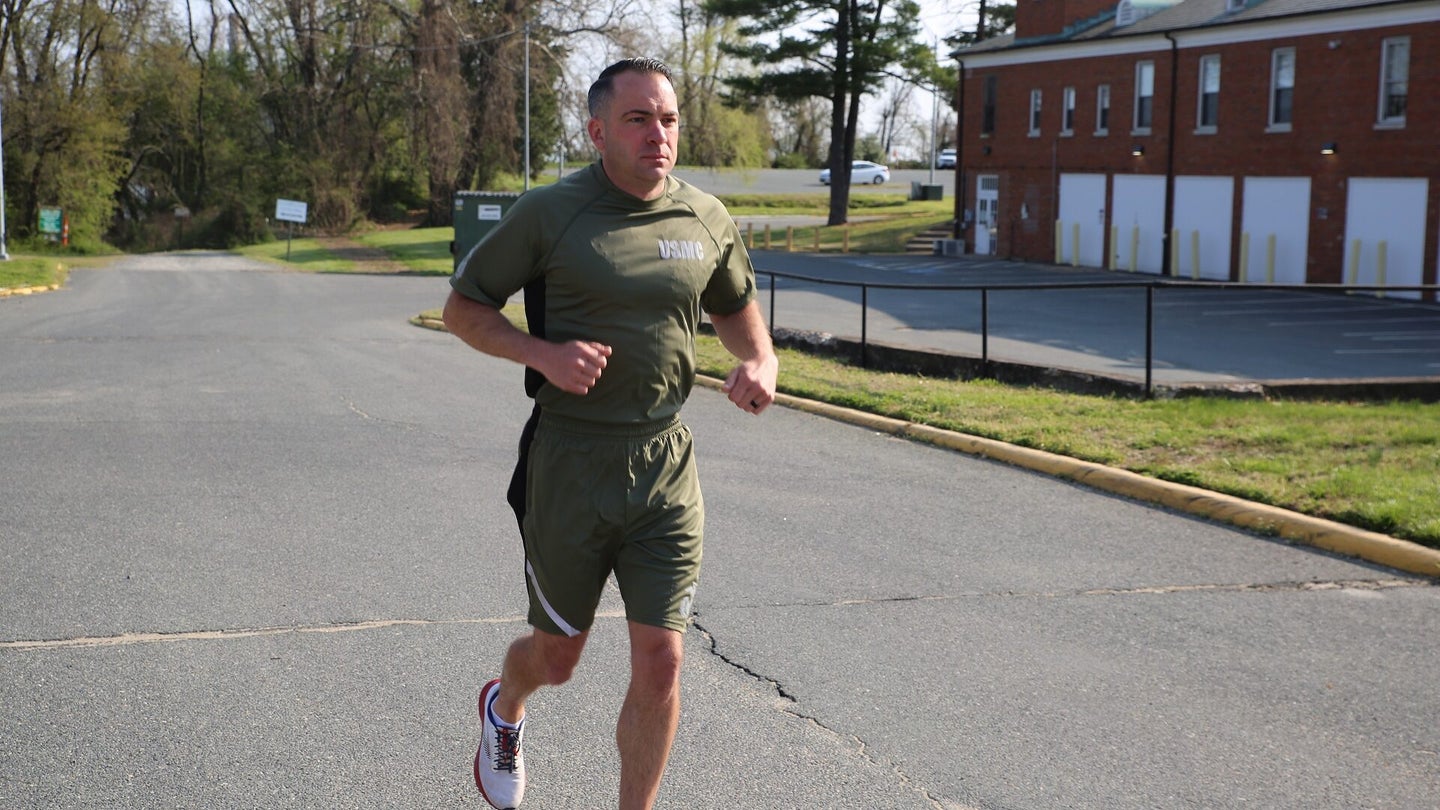 The Marine Corps is testing a new physical training uniform and at first glance, it doesn’t seem likely that the beloved short-shorts known as “silkies” will be returning as approved PT gear after their unceremonious ban in 2011.

But tucked inside a recent Marine Corps press release about the proposed new uniform is a single innocuous line that gives me just a tiny shred of hope that maybe, just maybe, the most beloved Marine Corps uniform item in recent memory might be getting a reincarnation, of sorts (emphasis added):  “As a planned augment to the uniform, there is an optional running short for those who prefer a shorter inseam.”

Now, the press release doesn’t say much more than that, but Maj. J. A. Hernandez, a Marine Corps spokesman, told Task & Purpose that “the user evaluation period may determine modifications to the dimensions of the uniform.”

To my ears, that sounds a lot like the Marine Corps just said this could happen. Here’s to hoping that some of the Marines who field-test the new duds write “bring back sillkies” on their user evaluation forms.

For those who aren’t familiar with that piece of Marine Corps history, it’s very simple: The Marine Corps used to have a comfortable pair of issued PT shorts known colloquially as silkies. They were short. Very short. We’re talking a 2 to 3-inch inseam here. To say they were revealing would be an understatement. They were so short that once you started running, nothing could possibly be left to the imagination, which is a large part of the reason the Corps banned them altogether. Another reason was a lack of uniformity, since the Marine Corps has had so many different kinds of physical training uniforms over the years. At any given formation run Marines would inevitably show up wearing silkies, while others wore their general-purpose green shorts and a few random stragglers would decide to rock the Corps’ running suit, or the service’s olive-drab sweatpants.

What’s often missing from the conversation about silkies is why they were so well-liked — aside from the chance to say ‘sky’s out, thigh’s out.’ The shorts were popular because they were actually comfortable. The fabric was soft (silky smooth, you might say), breathable, and wouldn’t chafe your legs on a long run.

The same cannot be said for the Marine Corps’ general-purpose olive drab PT shorts, which make up the uniform of the day for most unit-wide formation runs, and which include an uncomfortable inner lining, and have a texture that I can only compare to that of a plastic grocery bag, but are somehow even less breathable.

But on the upside: You might soon be able to toss your current PT shorts in the dumpster where they belong. (Resist the urge to light a match, if there’s one thing we’ve learned from the last 20 years it’s that breathing in burning refuse is bad for you.)

The Corps recently announced their plan to test a new PT uniform, with the goal of wrapping up testing by August “to allow for enough time to consolidate the feedback, present the changes to the Marine Corps Uniform Board for decision,” and then put in for a contract by the end of the Fiscal Year 2021, according to a Marine Corps statement. “This timeline supports initial fielding to Marine Corps Recruit Depots and OCS as part of the initial clothing allowance issue.”

The new uniform is expected to be available for purchase at Marine Corps Exchanges by Spring 2022.

Now, as for what the uniform looks like? Different.

The new undershirt will have a slightly tighter fit, and include mesh panels for breathability. The sleeves — which appear a bit long at first glance — will have an eagle, globe, and anchor emblem in reflective silver. The back of the shirt will read “USMC” vertically, and includes a pair of diagonal reflective strips in an inverted “V” shape. The additional flare on the uniforms is a departure for Marines, who for the past decade or so have worn a simple olive-drab cotton t-shirt, or skivvy shirt, as their PT uniform top and as an undershirt with their standard utility uniform. It’s worth noting that the new physical training shirt will not replace the green skivvy shirt that is worn with the utility uniform.

The new PT shorts will be styled after popular fitness wear, and “constructed in olive drab green performance fabrics with black mesh side panels and a longer inseam than the current general purpose trunk,” according to the Marine Corps statement. The shorts will have a “bike-style liner and side seam pockets with zipper closures,” and as we mentioned earlier, there are plans for an “optional running short for those who prefer a shorter inseam.”

Additionally, the proposed running shorts — silkies 2.0 if we’re lucky — will not be included “in the initial clothing allowance issue or on the minimum requirements list, but would be authorized for wear during unit PT events,” the press release says.

Like the PT uniform top, the shorts will include a reflective eagle, globe, and anchor, located at “the bottom left hem of the left leg and proportional diagonal striping on the right front leg and on the rear of both legs, from the hem to the mesh side panels,” reads the press release.

“Active wear has come a long way from when the [general purpose] trunk was first issued,” Kristine Bealmear, a project manager with Marine Corps Systems Command, said in the statement. “I feel it’s important for our Marines to have these advanced garments to provide them comfort and durability during their PT sessions. They need to look their best regardless of uniform.”

In addition to the changes laid out with the proposed PT uniform, and there are quite a few, the Marine Corps will be developing maternity PT shirts and shorts, which will be included in the maternity supplemental uniform allowance, and issued to pregnant enlisted Marines, and available for purchase by pregnant officers. The maternity PT gear will have a similar design to the new uniform — meaning all the reflective bells and whistles will likely be included. It’s unclear at this time whether Marines will still be required to wear reflective belts on a run if they’re wearing their highly reflective new PT uniform. Something tells me that those glow belts aren’t going away, though. It’s still the Marine Corps, after all.

For testing the Marine Corps is procuring 600 of the uniforms, 100 of which will undergo “durability testing” in a lab environment, and 500 will be issued to “diverse mixture of officer/enlisted, junior/senior, and male/female Marines” for their feedback, according to the press release.

I don’t know about you, but I’m willing to bet that the uniforms issued to junior Marines are going to be the ones that undergo the most thorough stress-test. With enough time, chewing tobacco and Rip-Its, a determined lance corporal can break anything.

Update: This article has been updated with additional information about the fate of ‘silkies.’ Specifically that feedback from Marines will play a role in determining the dimensions of the proposed physical training uniforms, which includes the length of the shorts.