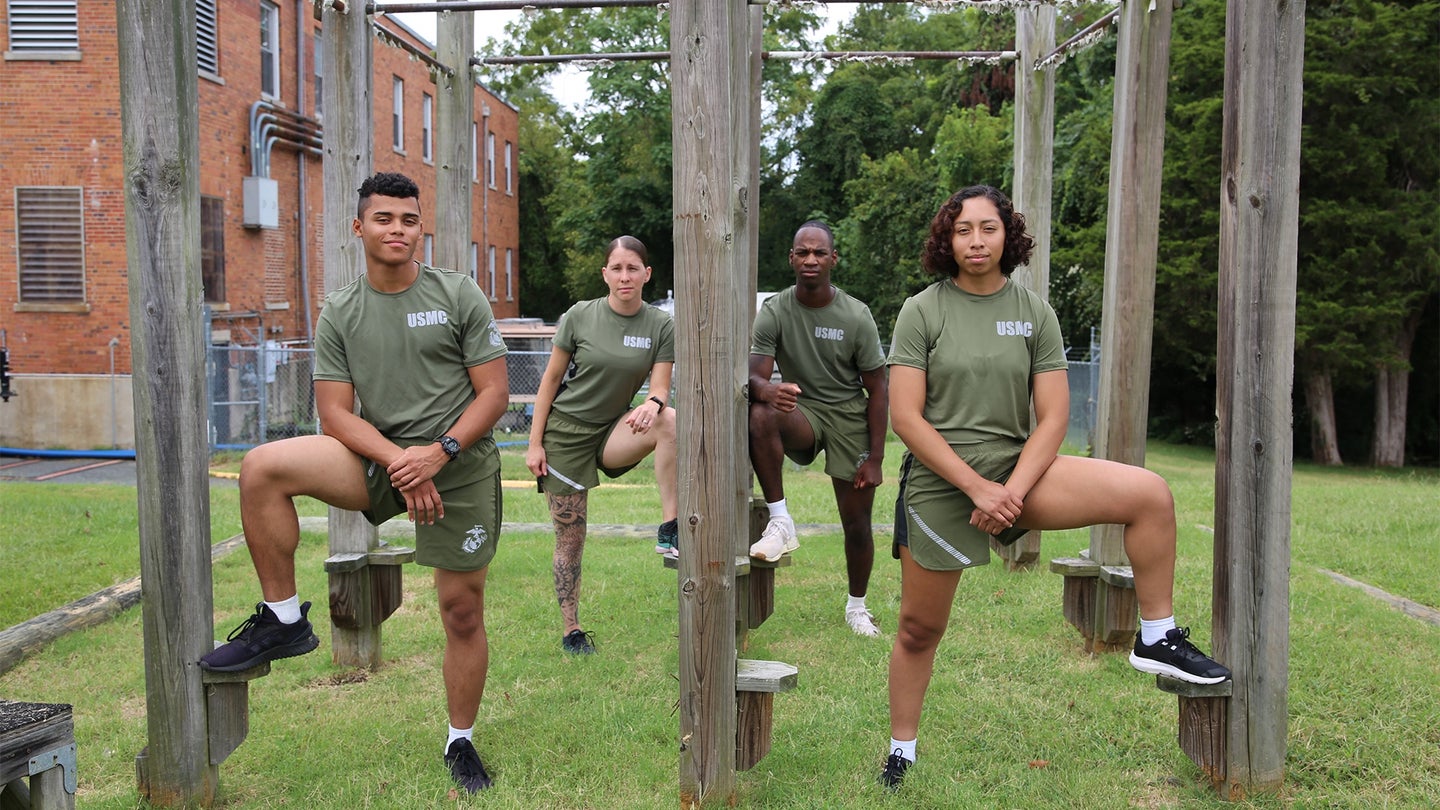 The Marine Corps is collecting feedback on the latest iteration of what may become the service’s new physical training uniform — and yes, this version’s shorts are officially shorter.

The new shorts, which are undergoing user testing this month, have a 5-inch inseam, which — while not even close to the 2-inch inseam of beloved “silkies” — is shorter than what the Corps originally offered Marines during initial testing of the newly-redesigned PT uniform last year.

“The results from last year’s [limited user evaluation] were clear. The material was heavy. The shorts were long. The reflective material was restrictive. And so, we just kind of took all of that information and we went from there,” Kristine Bealmear, the PT uniform project officer with Marine Corps Systems Command’s clothing and equipment team, said in a press release.

“The Marines are the ones that have to wear this uniform so it’s in our best interest to listen to what they have to say,” Bealmear added.

Here’s a photo of a Marine with shorts that are dangerously close to his knees:

Based on feedback from Marines, these newest prototype shorts are, well, shorter.

“We think the new PT uniform accommodates fit, form, and function of both male and female Marines. There will always be tweaks that we can find or improve upon, but we think we’re headed in the right direction,” said Bealmear.

It’s no secret that the Marines have long liked their shorts short. Beginning in the 1970s, the branch started wearing what would be lovingly known as “silkies.” They were soft, and they were short. We’re talking perhaps a two or three-inch inseam for some people, which, at least according to Marine Corps officials, was a pushing-the-bounds-of-modesty level of shortness, which is likely why their official use was discontinued in 2011.

The new prototypes, while not silkies-level short, do at least have a 5-inch inseam, which is pretty short considering the current uniform has a nearly 8-inch inseam.

“If you look at the new PT uniform, it does have a shorter inseam, which is more in line with what we see in industry,” said Emily Madden, a clothing designer from the U.S. Army Combat Capabilities Development Command Soldier Center currently supporting MARCORSYSCOM.

“We found that gender-neutral sizing does not work well for our women Marines,” Bealmear said. “With the last prototype, for example, we found that if the shirt fit them well across the bust line, it was too big in the neck. Same with the shorts – if they fit in the waist, they were probably tight across the hip line.”

The new iteration of the PT uniform is undergoing testing this month with a group of 350 Marines to gather further feedback, according to MARCORSYSCOM. So how short can these go? To those lucky Marines testing them out, consider your responses carefully: the nation’s thighs depend on it.