Cooling disputed many of the investigations findings. He told investigators that he did not remember threatening to castrate anyone but he had talked with the staffer in question about growing up on a farm and they may have discussed castrating cattle 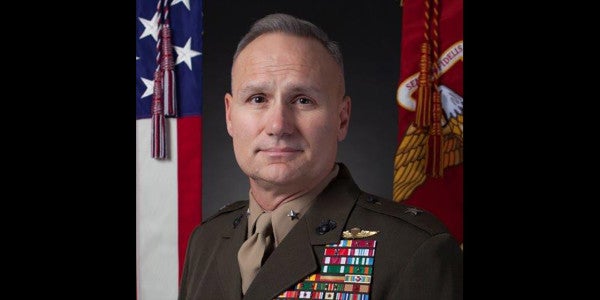 In his seven months as legislative assistant to the commandant of the Marine Corps, Brig. Gen. Norman Cooling proved to be an abusive, bullying boss, who openly disparaged women, ruled through intimidation, and attempted to spread a rumor about a female officer after the Senate complained about him to the defense secretary, according to a Defense Department's Inspector General's Office investigation.

“The adjectives a majority of witnesses used to describe his leadership were abusive, bullying, toxic, abrasive, and aggressive,”a DoD IG report on the investigation into Cooling's conduct found. “Some subordinates considered him an 'equal opportunity offender,' disparaging men and women. BGen Cooling denied making some of the comments attributed to him, but more than one witness told us they heard him make each of the comments described in this section of our report.”

Cooling was removed as legislative assistant in February 2018 after the Senate Armed Services Committee complained to then-Defense Secretary James Mattis that Cooling had created a hostile work environment. He is currently assigned as assistant deputy commandant for plans, policies and operations at Headquarters Marine Corps.

“The Marine Corps is currently reviewing the DoD IG's report and will take appropriate action in light of the substantiated misconduct,” the Corps said in a statement on Wednesday. “The Marine Corps expects every Marine, uniformed and civilian – and particularly those in leadership positions – to hold themselves to the highest standards in their personal and professional conduct. When Marines fall short of our standards they are held accountable.”

The investigation substantiated several allegations against Cooling between July 10, 2017 and Feb. 27, 2018, including:

Cooling disputed many of the investigations findings. He told investigators that he did not remember threatening to castrate anyone but he had talked with the staffer in question about growing up on a farm and they may have discussed castrating cattle.

Cooling also claimed his comments to the female noncommissioned officer were meant in jest.

“The joke goes, 'I would rather have a daughter in a brothel than a son that's a pilot,'” Cooling told investigators. “That's the normal joke . . . the son is the pilot . . . . I don't recall the conversation. I'll tell you I don't. I'm recalling the [NCO] because that's how it was recounted to me the way I said it since these allegations surfaced.”

But the investigation found that Cooling had failed in his responsibilities to promote workplace morale, treat subordinates with dignity, and serve as a positive influence.

“We substantiated the allegation that BGen Cooling's overall course of conduct toward subordinates disparaged, bullied, humiliated them, and devalued women,” the investigation found.

“We determined that BGen Cooling conducted himself in a less than exemplary manner in his treatment of subordinates or in comments that devalued women on seven occasions during his 7 month and 17 day tenure at OLA [Marine Corps Office of Legislative Affairs]. His treatment of subordinates created a negative work environment at OLA that led to a distrust in his impartiality and leadership.”

SEE ALSO: Investigation shows Lt. Col. in charge of Corps' 1st Recon was fired for alleged 'misconduct' but has not been charged