His removal was "not based on a single incident," spokesman Maj. Craig Thomas told Task & Purpose. 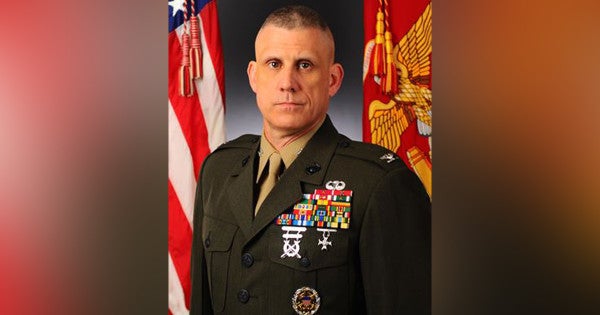 The commander of the Marine Corps' Wounded Warrior Regiment has been relieved over a loss of “trust and confidence in his ability to lead” amid an investigation into his conduct, a Corps official told Task & Purpose on Thursday.

Col. Lawrence F. Miller was removed from his post on Thursday morning and replaced with his executive officer, Lt. Col. Larry Coleman, who will serve as interim commander of the Quantico, Virginia based unit.

His removal was “not based on a single incident,” spokesman Maj. Craig Thomas told Task & Purpose. “[But] rather on the totality of his job performance and personal leadership choices” that resulted in his ouster.

“There are allegations against Col. Miller that are being investigated,” Thomas said. Asked for more specifics on the allegations, Thomas was unable to say, noting that the matter is currently administrative in nature and that information was not releasable.

The relief was carried out by Lt. Gen. Michael Rocco, deputy commandant for Manpower & Reserve Affairs, according to a Marine Corps press release. Miller has been temporarily assigned to the staff of Marine Corps Combat Development Command.

The Wounded Warrior Regiment oversees two battalions and other detachments that provide medical and non-medical care to wounded, ill, and injured Marines and sailors.