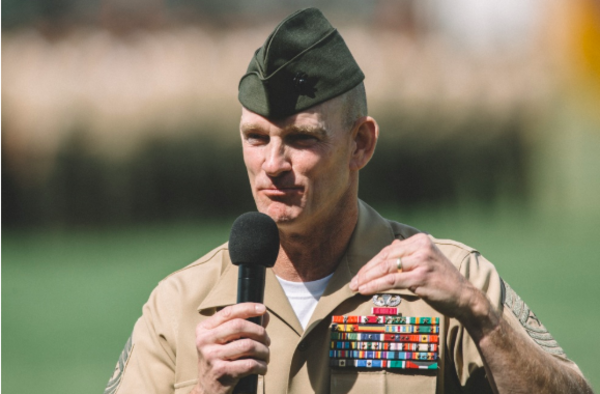 Sgt. Maj. Troy Black is set to become the next Sergeant Major of the Marine Corps.

Black — currently serving as Sgt. Maj. of Manpower and Reserve Affairs — will take over as the senior enlisted adviser to the Marine Corps Commandant for Sgt. Maj. Ronald Green later this year, the Marine Corps' announcement on Thursday said. The role is typically a four-year job.

Black will serve as the senior enlisted advisor to the next Marine Commandant, Lt. Gen. David Berger, who still needs to be confirmed by the Senate before taking over for Gen. Robert Neller.

Black enlisted in 1988 and has “deployed extensively,” the announcement said. His deployments include Operations Iraqi and Enduring Freedom, Operation Desert Storm/Desert Shield, and more. His wife, Stacie, is a retired Marine Corps 1st Sgt.

Green will retire after Black takes over, per the announcement, finishing 35 years of service.

WATCH NEXT: Marine Corps Bids Farewell to the Prowler