The Corps has lost more than 25,000 Marines to misconduct over the past decade

The Marine Corps has lost more than 25,000 Marines to misconduct over the past decade, according to Commandant Gen. David Berger. 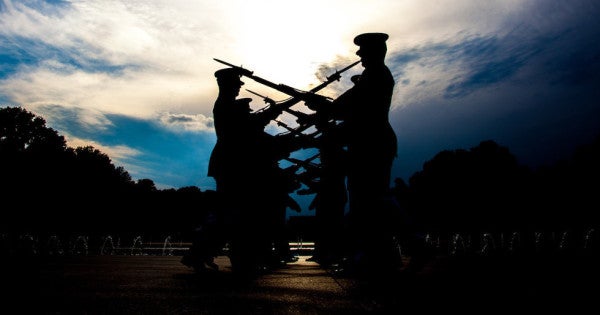 The Marine Corps has lost more than 25,000 Marines to misconduct over the past decade, according to Commandant Gen. David Berger.

In his 2019 Commandant's Planning Guidance, Berger said that the Corps “continued loss of 8,000 Marines per year to non-EAS attrition is unacceptable,” using an acronym to describe the end of active service in an enlistment.

“This must change,” Berger wrote, noting that the cost to replace that many Marines was in excess of $1 billion.

Interestingly, that number should be even higher, as its section on drug use reveals. Since Oct. 2017, 2,410 Marines tested positive for illegal drug use, but only 1,175, or 48.8%, had been separated. “I am deeply troubled by the continued retention of Marines failing to adhere to our standards related to drug use.”

“We are an elite institution of warriors, and will remain so on my watch,” Berger wrote. “It is our shared responsibility to ensure the continued health of our collective soul and identity.”

Toward the end of the 26-page document, which largely focused on changes Berger intended to implement as the top Marine officer, the new commandant talked about misconduct in the force and what he called “destructive” behavior.

Of sexual assault, for example, Berger said that despite the Corps' efforts, “the continued rise in reporting leads me to conclude that we still do not fully understand the scope and scale of this issue, or that we can say with any confident that the measures we have taken to date are preventing sexual assaults.”

The number of reported sexual assaults in the Marine Corps rose by 20% in fiscal year 2018, according to the most recent DoD statistics. Meanwhile, Berger said that he believes hazing is “likely underreported,” and the Corps had likewise seen an increase in reports of hazing over the past four years.

“Hazing is both a crime and evidence of poor leadership by our and officers,” Berger wrote.

The Corps has had a number of high-profile incidents of misconduct this year, with six commanding officers being relieved of command in just the past two months alone. Berger, for his part, said that commanders should be held accountable whenever they fail to measure up to the service's standards.

“When we fail to hold the standard, we establish new lower standards. Elite organizations do not accept mediocrity and they do not look the other way when teammates come up short of expectations. We must hold each other accountable,” Berger wrote.