There Really Is No Place For Hazing In A Professional Military

The vigorous Twitter response to the recent piece “There’s A Reason For All That Hazing And Ass-Chewing, And We Shouldn’t... 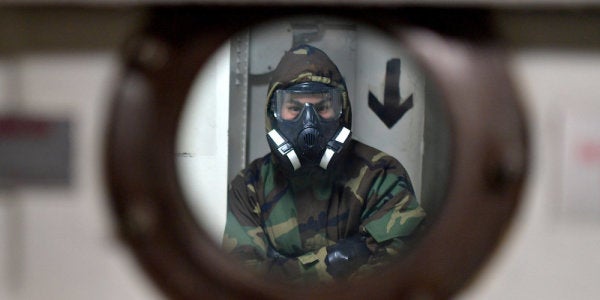 The vigorous Twitter response to the recent piece “There’s A Reason For All That Hazing And Ass-Chewing, And We Shouldn’t Ignore It” highlighted a need to disentangle a few types of unprofessional behavior that seem to be getting conflated in discussions and also to answer Tom’s question about how widespread support of hazing is in the military.

There’s been a push toward increased professionalism in the military underway for quite some time. It’s been accompanied by grousing from both those currently serving and veterans. Some of this is typical “back in my day” grumbling of the type I heard from my drill sergeants, asserting that we had it easier than they had — which I began saying myself when rumors of stress cards in Army BCT began flying less than five years later. Behaviors targeted for elimination include hazing, bullying, sexual harassment, and sexual assault – which have distinct definitions but could include overlapping components. Teasing them apart it important.

Crucially, none of these are conducted for any sort of military or government purpose – this is literally spelled out in the definitions of hazing or bullying. Training activities designed to prepare for military activities are not hazing, including corrective measures or extra military instruction. “Drop and give me 20” is not hazing; forcing someone to do planks over a container of bleach (aka chlorine, aka “the gas of war crimes”) is. The same behavior may cross categories, such as this example of new troops a specialist committing sodomy with his thumb “as part of a perverse initiation ritual” – male troops are more likely to characterize their sexual assaults as hazing. In addition, bad behaviors may hang together: at both the individual and installation level, there’s a high correlation between sexual harassment and sexual assault in the military.

This last point is likely one reason some commands are cracking down on things like phallic drawings: they may seem innocuous, but sexual predators notice and take advantage of environments that don’t take low-level harassment seriously.

Personally, I agree that hazing is simply intolerable – as are bullying, harassment, and assault. Lack of clarity about what constitutes hazing could help explain why some still defend it.

When senior leaders end up getting bogged down in specifics about how high the water pressure is if sailors are getting sprayed with a hose, it’s obvious that nailing down a clear definition can get “murky” – which may be why the majority in a Navy Times survey defended some as “hijinks” that bond a command together.

“Hazing is simply intolerable – as are bullying, harassment, and assault. Lack of clarity about what constitutes hazing could help explain why some still defend it”

There don’t seem to be any broad-based surveys on whether there exists any sort of widespread support of hazing. However, an extremely small pilot study showed not only confusion about what constitutes hazing, but that a substantial percentage of participants considered minor hazing scenarios “fun.” Since the scenarios were “manipulated to be minor,” I can cling to my belief that most military personnel do not consider forcible sodomy “fun.”

Both the composition of the military and acceptable standards of behavior within it are changing. If the next generation of troops can’t get blood rank (as I voluntarily did) butis also less likely to be hazed to death, I hope we can all come to agree this is a positive change. Military leaders should clearly communicate that all these behaviors are against regulations, some are illegal, and none belong in a professional force.