A lone report from a female trainee of an alleged sexual assault by an Army drill sergeant at Fort Benning,... 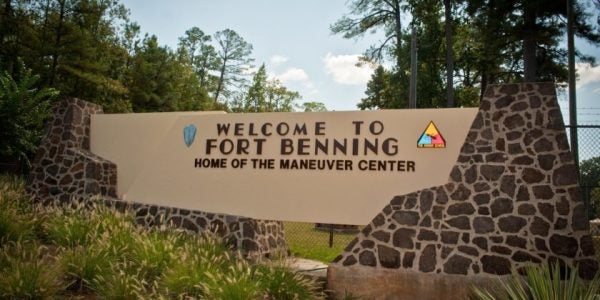 A lone report from a female trainee of an alleged sexual assault by an Army drill sergeant at Fort Benning, Georgia, has led to the suspension of a group of drill sergeants amid a broad investigation into multiple sexual assault allegations, the branch announced on Aug. 23.

The investigation at Fort Benning’s Maneuver Center of Excellence began after one female trainee claimed that she was sexually assaulted by a drill sergeant. An initial review by Army investigators indicated there may have been multiple incidences of “sexual misconduct” involving trainees and drill sergeants, according to Stars and Stripes.

At this point it’s unclear how many training instructors have been suspended, or how many trainees raised assault allegations. The news, first reported by U.S. Army W.T.F.! Moments on Aug. 22, was confirmed by Army Times the next day.

“We take these allegations very seriously, and we will ensure a full and thorough investigation of the facts,” the Army told The Washington Post in a statement.“Our initial actions are to ensure the safety and welfare of all of our Soldiers. The drill sergeants have been suspended from drill sergeant duties, and will have no contact with trainees during the course of the investigation.”

The news comes just months after the first female infantry soldiers graduated in May from Fort Benning, where infantry and armor soldiers are trained.

The case is the latest allegation of misconduct between instructors and their charges at a training command. An Army drill sergeant at Fort Leonard Wood, Missouri was convicted of multiple incidents of sexual assault against female trainees in 2015, in which case the “service ultimately found that some of the drill sergeant’s peers were aware of sexual misconduct but decided not to report it,” according to the Washington Post.

In addition, the Marine Corps became embroiled in a hazing scandal at Recruit Depot Parris Island, following the death of Marine recruit Pvt. Raheel Siddiqui, in March 2016. Subsequent investigations unearthed incidents where a recruit was ordered into an industrial dryer, and another incident where a recruit was forced to exercise on a bleach-covered floor, which caused severe chemical burns.

“There is no place for sexual harassment or sexual assault in our Army,” a spokesperson for the branch told Stars and Stripes in a statement. “Our Army remains committed to maintaining a values-based climate, intolerant of these acts, and to respond appropriately when accusations are made.”