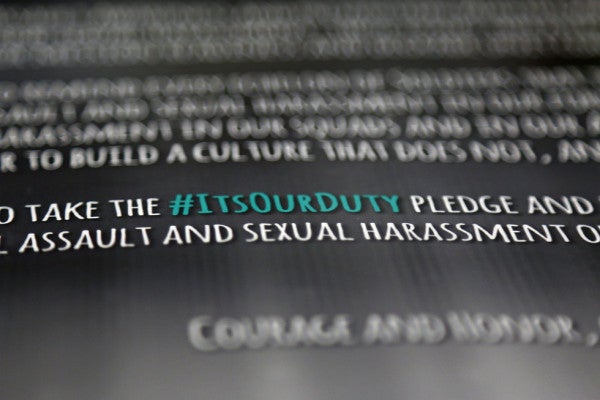 To tackle the ever-present problem of sexual assault in the U.S. military, Fort Bragg is hosting an “escape room”-style event this week during which a soldier will be chained to a chair.

In the conference room where the escape room plays out, a soldier is chained to a chair with four locks. To unlock the chains, the soldier's team members must answer a series of questions regarding SHARP.

For example, Savage said, the on-post SHARP hotline number would unlock one of the locks.

“Think of it as a puzzle room,” Savage told Task & Purpose. “And with that, gaining resources of different types of reporting … other information a soldier can use if a sexual assault were to happen, so they can be empowered to know how and when to report.”

Savage said she spoke to the first team of soldiers to do the escape room on Monday morning, who told her it was “good training because it made them get into the regulations and understand things” better.

This comes a couple of weeks after the Army kicked off Sexual Assault Awareness Month with a “cake cutting ceremony and declaration signing,” which didn't go over well with at least one Army reserve battalion commander.

Meanwhile, at the Air Force Academy, cadets will be required to wear jeans on April 24 to raise awareness of sexual assault. According to The Gazette in Colorado, “Denim Day” stems from a 1998 Italian court ruling which “overturned a rape conviction because the victim wore tight jeans.”

Pitts said he and the Brigade Equal Opportunity NCO used command climate surveys “to determine where we could enhance understanding of the SHARP program. The questions in our escape room were derived from these surveys.”

While using an escape room to engage soldiers on SHARP seems well-intention, the idea of chaining someone to a chair in an exercise revolving around sexual assault is a questionable one. But as Army Times reported, the idea is for soldiers to “help their buddy escape the chains of sexual harassment and assault.”

So there's that, I guess.