A better way of selecting Marine Corps officers for command

"Only our best should be extended the privilege of commanding Marines." 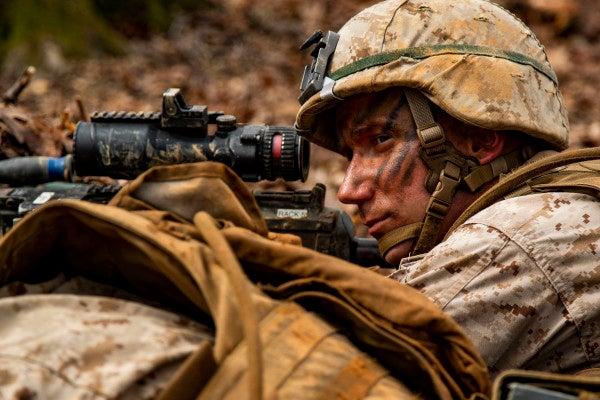 Does reporting on commanding officers being relieved indicate an increase in the number of unit commanders not satisfactorily completing command assignments?

If so, multiple factors are likely involved. Regardless, if these is an increase, our institution needs to ask why? At the top of the list of questions should be “are we adequately preparing officers to command?” and “does the current selection and slating process result in placing the best qualified and prepared officers in warfighting commands?”

As stated in the 38th Commandant’s Planning Guidance, “Elite organizations do not accept mediocrity and they do not look the other way when teammates come up short of expectations. We must hold each other accountable.” Most of the officers in whom our Corps places the special trust and confidence of commanding Marines and sailors perform to or exceed standards.

But anecdotal evidence provided by an apparent increase in relieving unit COs argues we can do better — both in preparing officers for command and subsequently selecting and assigning commanders.

Ensuring the commanders of tomorrow are prepared for the challenges and responsibility of command is a continuous process, both for the individual officer and the institution. A major component is reinforcing and maintaining within each officer an unwavering moral compass, and fostering an unshakable commitment to the nation, Corps, and those under their charge.

Early in my career, a terrific gunnery sergeant told me there were two rules for being a Marine. Rule Number 1: never let a fellow Marine down. Rule number 2: never forget Rule Number 1. If the motivation of never letting our fellow Marines down and the imperative of always having their welfare in mind are not always uppermost, something is wrong. Guiding us in our duties is that unwavering moral compass.

These cultural components form the foundation for accountability, responsibility, and the special trust and confidence vested in us as officers.

Throughout an officer’s career, the institution is responsible for continuously reinforcing and building upon that foundation; essential for preparing future commanders. Presenting, modeling, and emphasizing the moral obligations of leadership are the absolute obligation of every officer, regardless of rank or assignment. And that obligation increases as one advances in rank.

At times, junior officers look up the chain of command and see inappropriate behavior, unsatisfactory judgment, and bad leadership. If no action is taken by higher headquarters, the young officers come away with the wrong lessons learned. Substantive, unambiguous action must be taken.

And such action must be seen to be real and timely to have meaning and effect desired learning. Unfortunately, history shows that even if action is taken by higher headquarters, it might fall short. For argument’s sake, what about when a flying squadron commanding officer is relieved after a major mishap resulting in death of aircrew and loss of aircraft? A mishap for which a scathing mishap report summary cited “…a series of contributing factors were identified including, but not limited to: inadequate oversight of training and operations…” and “…an unprofessional command climate within…” the squadron? How does the action taken by higher headquarters (relieving the squadron CO and others) square with the belief that all commanding officers are responsible for everything their commands do or fail to do?

Continuing, when a general officer is reprimanded because he “disparaged, bullied and humiliated subordinates, devalued women,” what is the junior officer to think? If indeed we train officers that the higher the rank the more accountable one becomes, commensurate with the increase in responsibility, is a reprimand or being “forced to retire” viewed as a “slap on the wrist” by junior officers?

“Different spanks for different ranks?” How does the treatment of senior officers who cross the line or appear to fail in the responsibilities of command contribute to preparing our next generation of commanding officers?

Related: Marine general gets the lightest of slaps on the wrist for his toxic and abusive leadership

Raising these questions is not meant to advocate witch hunts, but merely to illustrate preparing officers for command is a continuous process, beginning at the moment of commissioning.

Looking next at choosing and slating officers for these privileged command assignments, is a centralized board optimum for selecting and assigning those deemed best qualified and prepared for command? Or should the process return to a previous practice wherein local commanders made these decisions for the units under their command? Or a hybrid?

Our Corps and its relatively small occupational specialty populations help individual officers build and maintain professional reputations and relationships over the years, as they mature and gain tactical and operational competence. Particularly in the operational forces, future battalion/squadron and regiment/group commanders are most likely known personally or known of by the commanders ahead of them. Known for their leadership, combat prowess, abilities, potential, strengths, and (inevitably) weaknesses.

Are not those commanders with this specific knowledge best positioned and prepared to choose who is assigned the immense responsibility of command within their units? Should not officers empowered to send their commands into harm’s way be empowered to choose their subordinate unit commanders? At the least, can it not be argued they are better informed than a centralized board relying principally upon an official file as the source of information? Official files comprised mainly of fitness reports?

Reporting seniors and reviewing officers, operating within the Performance Evaluation System and convention, attempt to capture both performance and potential. But let us be frank: it is not a perfect system.

Marking/reporting inflation and overly generous interpretation of what is negative rather than candor reduces the ultimate effectiveness of the fitness report. If everyone is outstanding, then no one is.

Negative verbiage in the narrative is to a degree, subjective, probably leaving some reporting seniors and reviewing officers hesitant to candidly mark and comment on officer fitness reports. Candor also suffers from an overly generous, even what might be described as a politically correct mindset. And review and appeal processes favor the Marine Reported On. Yet, in the end, boards are nominally reduced to considering what is in the official military personnel file, except in those cases in which a member of the selection board has personal experience with one or some of the candidates.

Nevertheless, the totality of an officer is much more than what is captured by our formal performance evaluation reporting system, even in the best of circumstances.

The Marine Reported On is also at the mercy of the writing skills of the Reporting Senior and Reviewing Officer, with some better than others in succinctly describing their Marines. Continuing, from daily/very frequent observation and interaction, an infantry battalion commander knows the battalion’s majors and captains better than what periodic reports strive to capture (see previous comments) and is therefore more knowledgeable than a future centralized board, unless the battalion commander is a member of said board.

Surely that former battalion commander who is now a regimental commanding officer is better informed and qualified to decide whether the now lieutenant colonel (who previously served under his command) is best qualified to become a battalion CO. With the same being the case for commanding generals and regiment/group commanders.

Ultimately, if an officer in command fails, is there any responsibility on the part of those who put them there?

Is it the responsibility of the board that met months, if not years previously? (It could even be that at the time a CO is relieved, some of the command selection/slating board members are no longer on active duty, having retired.)

In such a hybrid, a centralized board identifies officers eligible for command. Eligibility, however, would not equate to a guarantee of command placement. Those deemed eligible are subsequently transferred to the major subordinate commands (MSC) in advance, based on projected command openings. The numbers transferred into the MSC will exceed the number of projected command openings. The officers would arrive in the MSC sufficiently in advance to be observed by those making command selections and receive at least one observed fitness report. Only after these benchmarks are met could a command eligible officer be selected for command by the MSC commanding generals or regiment/group commanding officers, as appropriate.

In such a system, the ultimate decisions are pushed down to the officers best positioned and knowledgeable to make these critical choices. Decisions based on high probability of personal knowledge of the command eligible officer. Since there is no “right” to command, the decisions made by the local commanders will stand and not be subject to “appeal” or challenge.

The commanders making the decisions will be evaluated for the results of their choices. At the end of the day, as alluded to, the commanders responsible for training and leading their units are vested with the critical obligation and commensurate authority and accountability for putting the best into command.

This hybrid works best in the operational forces, for the previously stated reasons. However, it may not necessarily work equitably for officers serving in some specialties.

For example, communications, supply, and logistics officers can serve in units across the operational forces, holding billets in a wing, division, and/or logistics group before being promoted to lieutenant colonel, almost certainly receiving performance reviews by reporting seniors and reviewing officers outside of their occupational field. Similarly, what would work for the operational forces does not necessarily address non-operational unit commands, such as recruiting, schoolhouses, Marine Security Guard, recruit training battalions, etc. This leaves open some of the debate between a centralized process and total local responsibility.

Even so, anecdotal evidence presented by the seeming increase in relieving operational unit commanders suggests a critical review of the current select and assignment process is warranted.

If the review points to changing the current process, empowering, and holding accountable local commanders for the decision to place individuals into command reinforces the role of our commanders in being responsible for that which their units do or fail to do.

If they are entrusted with leading our Marines and sailors in combat, then they can damn well be entrusted to select their subordinate unit commanders.

Before being deemed eligible to command, our institution first has the responsibility of appropriately preparing every officer to ultimately command. Foremost in the ongoing preparation process is the absolute requirement for every commander to present, model, and reinforce the moral obligations of leadership.

And in the end, by whatever process, only our best should be extended the privilege of commanding Marines.