Here at Task & Purpose, we want thank everyone for a hugely successful year. With the dedication of active-duty and... 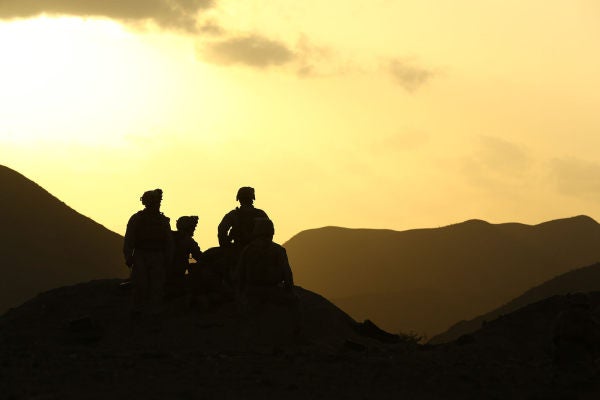 Here at Task & Purpose, we want thank everyone for a hugely successful year. With the dedication of active-duty and retired military members alike who make up our 85-plus contributors network, and a committed readership that has helped share and promote our stories, Task & Purpose is now reaching hundreds of thousands of people around the country every month.

When we first launched in early 2014, we recognized a growing need in the digital space for a forum geared toward the next great generation of American veterans — content for service members by service members. Task & Purpose has since grown into a leading publication of breaking news, personal narratives, and hard analysis of trends and issues in the armed services.

Editor-in-Chief Brian Jones and I have big plans, and even bigger stories, in the works for 2015, but before we wrap up the year, we wanted to share the top Task & Purpose articles of 2014 that helped that make this incredible year happen.

One of Task & Purpose’s most controversial articles of the year was a 6,000-word investigative report into the growing trend of public Facebook pages targeted toward service members that promote “so-called jokes about rape, race, and homophobia.” Run anonymously, these pages claim to depict junior enlisted infantry culture, when in reality, they perpetuate a dangerous and destructive mindset that poisons the military as a whole.

‘Let The Damn Army Clean Up The Mess:’ An (Almost) Story Of Suicide

In 2013, a VA report revealed that approximately 22 American veterans died by suicide a day in 2010, and a 2014 report showed that this rate among male veterans under 30 had increased by 44% in 2011. These statistics paint a devastating picture. Earlier this month Task & Purpose’s D.C. correspondent Stephen Carlson shared his own gripping story of nearly taking his life: “… a suffocating feeling of damnation, of utter hopelessness kept creeping over me that I couldn’t shake off, and I couldn’t figure out why. Maybe it was a weight I didn’t even know I was carrying.” Carlson’s account demonstrates how the desperation that is leading so many of our veterans to take their own lives is one of the casualties of war fought far too long by too many.

In September, much of the U.S. population was infuriated when President Barack Obama debarked Marine One with a cup of coffee in his hand, and saluted the Marine standing by the helicopter with the cup. Why the White House published a photo of the incident on Instagram, we’ll never know, but Brian dropped some knowledge and informed readers that no regulation stipulates U.S. presidents must salute the troops. In fact, for the first 192 years of our republic, it didn’t happen, and essentially former President Ronald Reagan just made it up in 1981. Bottom line: If you’re going to get pissed at the president for something, there are plenty of issues more pertinent to than the latte salute.

Most of us have seen the classic film Full Metal Jacket, but did you know that the movie was filmed in England? Or that the author of the book “The Short Timers,” which the movie was based on, called R. Lee Ermey, who played the iconic role of Gunnery Sgt. Hartman, “a fucking pogue lifer?” If not, then this July article should be pretty insightful, and amusing.

Unconventional Relationships Are The New Normal Within Military Families

Today, more than 200,000 women serve in our nation’s armed forces, and with that number ever increasing, the dynamic of the military family is changing. “It’s no longer a rarity to see a female service member accompanied to a military social function with her male counterpart who is wearing a tuxedo,” wrote contributor Nicole Schwegman in May. It’s time to celebrate the diversity that makes up our military ranks, and by extension, the diversity that is increasingly contributing to a new kind of military family.

In one of his first articles for Task & Purpose, Christian Beekman offered up a great history of the AR-15 rifle, its close relationship with the military, and how it became the most popular firearm in America. While the AR-15 has been thrust to the forefront of the American gun control debate, it’s clear this little black rifle isn’t going anywhere.

This article, written by former Navy SEAL, and current McChrystal Group consultant, Jeff Boss in June, provided our readers with some hard truth about what not to say during a civilian job interview, unless you’re actively trying not to get the job. In case you haven’t read it yet, referring to a company’s competition as the “enemy” is a big No-No.