Why I Wrote Under A Pseudonym As A Naval Officer

When Task & Purposeoffered me a contributor role in mid 2014, I heeded the encouragement of close confidants to pursue... 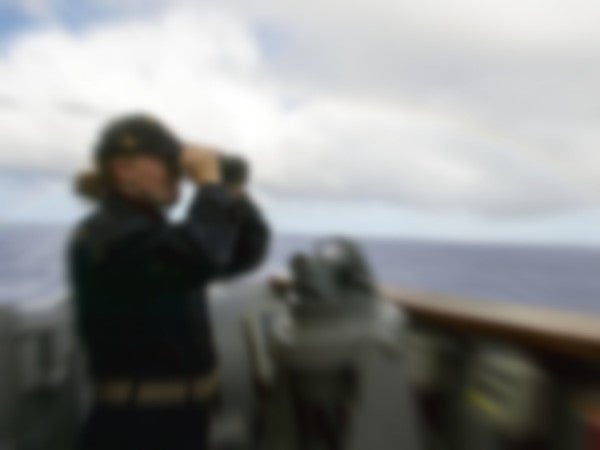 When Task & Purposeoffered me a contributor role in mid 2014, I heeded the encouragement of close confidants to pursue my lifelong passion to write. At the time, I was deployed overseas. I had already published poetry and fiction under the pseudonym Anna Granville, and I wrote for Task & Purpose under the name for about a year before anyone either noticed or cared.

In April 2015, I resigned my commission as a naval officer and wrote an article about my decision, citing reasons that are very common among my peer group. To the surprise of many, it went viral. All of the sudden, people really cared about why I was anonymous. Some demanded that I reveal my identity, frustrated by the fact that they couldn’t find me in personnel management databases, and had no real person toward whom they could direct their vitriol.

Related: 4 reasons I resigned my commission as a naval officer »

So why did I write under a pseudonym?

At the beginning, I largely wanted to write without recognition, keeping my personal decision to write and my professional work separate from each other. While I never broadcast that I wrote, I didn’t hide it either. From the very beginning, I posted my articles on my social media accounts. Nearly everyone who knew me knew I was writing; by extension, their networks knew too. I even published once under my real name for a Joint Special Operations University publication.

While active duty, there were very practical reasons for writing under a pen name that most service members will understand: to protect my team, my mission, and those personally and professionally close to me who didn’t have a say in what I wrote. I was always intentionally vague about where I worked and what I did. I still have a duty and responsibility not to discuss the details of my work.

And yes, fear also motivated me to stay pseudonymous. My writing gradually began to challenge the status quo. Those who challenge entrenched practices often face scrutiny and scorn, especially women. Being a woman on the internet often means being belittled at best, and subject to threats and ad hominem insults at worst. I experienced both ends of the spectrum.

I eventually stopped reading internet comments, but one of the toughest things was to not come rushing to my own defense when people accused Anna Granville of not knowing what she was talking about because she hadn’t done X, Y, or Z in her career — when in fact, I had. But most of my articles were about cultural issues that transcend rank and military branch; it wasn’t about me, so I maintained my anonymity.

On nearly every article I wrote, including ones that were gender-neutral, people were quick to use language that disparaged me — including one man who called me “babe” because somehow being a woman and having opinions made me less worthy of respect, my ideas less worthy of consideration. “Ma’am,” “Anna,” or “Ms. Granville” would have all been acceptably salutations.

Even clearly thought-out responses to the article were man-splainy and condescending.

Here are some examples of the sexism that follows nearly every article I wrote as Anna Granville:

So why, all of the sudden, do I want people to know who I am? I don’t, in particular, but it’s the right thing to do. It has everything to do with what I plan to do with the next step of my career. In the fall, I will begin a two-year master’s program at the Fletcher School of Law and Diplomacy, studying the relationship between women in armed groups, leadership, and empowerment.

I acknowledge a need to stand by my words. While on active duty, it was an operational necessity to remain unknown. Now, as I continue to devote my life to public service, I am proud to keep questioning the status quo.

This is the last time I will publish as Anna Granville, my alter ego who provided security when I could not reveal who I was. Now it’s time for me as Andrea Goldstein, a veteran and graduate student, to have a voice.

Andrea N. Goldstein served 2009–2016 as an active-duty naval officer. She holds a B.A. in history from the University of Chicago. Originally from New York, she will continue to root for the Yankees while attending the Fletcher School of Law and Diplomacy in Boston. Andrea is currently spending four months backpacking around the world. Follow her on Twitter at AN_Goldstein.